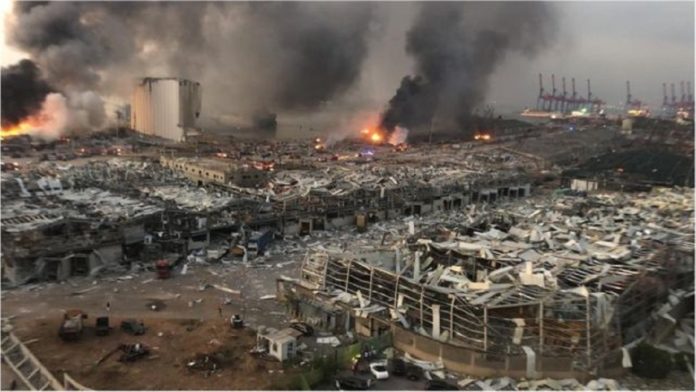 Kano state Governor, Dr. Abdullahi Umar Ganduje expresses deepest condolences to the government and people of Lebanon and particularly the Lebanese Consulate and community in Kano over the horrific explosion that ripped through Beirut, Lebanon’s capital, claiming many victims.

The condolence message, which is conveyed in a statement signed by the commissioner for information, Malam Muhammad Garba, indicates that Governor Ganduje is profoundly pained to hear the explosion with precious lives lost and thousands injured.

‘’Our thought and prayers are with the people of Lebanon. I ask you to convey words of sympathy to the families and friends of the victims,’’ the governor tells the Lebanese community.

While further consoling with the families and friends of those who have been injured or lost their lives, and all of those whose homes and livelihoods have been affected, the governor says that Kano stands in solidarity with the Lebanese in this difficult situation.

Ganduje says the Lebanese community has been part of Kano contributing to its socio-economic development and therefore the government and people of Kano share their sorrow and grief.

The governor prays Allah in His infinite mercy to grant speedy recovery to the injured and strength to the bereaved.