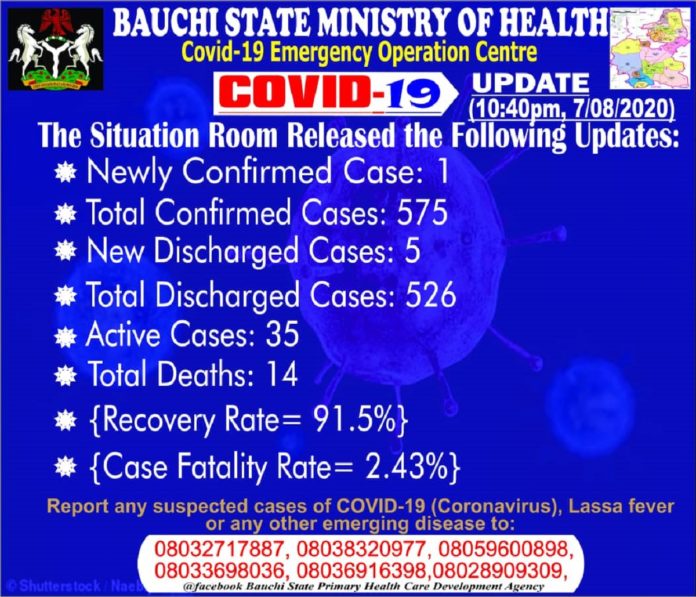 one of the patients receiving treatment of Covid 19 at the treatment centre has reported dead,while five patients discharged from the Hospital after undergoing the required treatment and then tested negative to the infection just as one new case has been reported.With the death of one patient, the state has now recorded a total of 14 deaths since the outbreak of the pandemic in late February.

This was contained in a daily situation report on the pandemic in the State released by the State Ministry  of Health in Bauchi over the weekend, the report shows that 35 patients are now the current active cases in the state while the Case Fatality Rate stands at 2.43 per cent as contained in Bauchi Covid-19 Situation Report.

The report said 575 persons were reported to have been infected with COVID-19 and out of this figure already 526 persons have been discharged from the hospitals, given the recovery rate to 91.5 per cent.

The report also contained that Face mask is generally believed to be one of the 4 ways that prevent the spread of Coronavirus in the state.