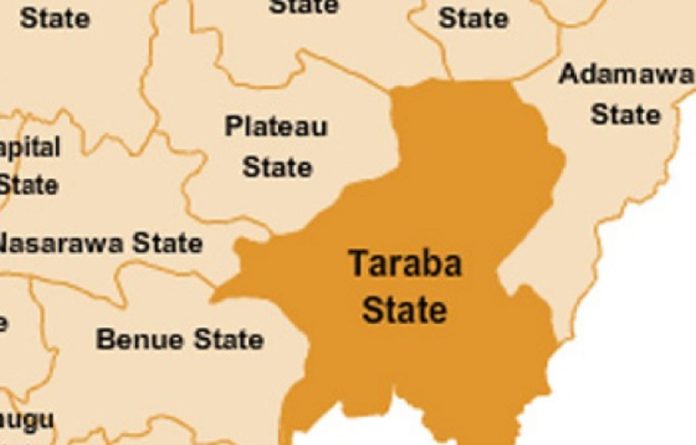 It is universally acknowledge that justice, equity and fairness to all citizens irrespective of ethnic, religious and political affiliation are pre-requisite for peaceful co-existence and national integration.  Consequently, chapter II section 15 subsection (2) of the Constitution of Nigeria as amended Stated: “Accordingly, national integration shall be actively encouraged, while discrimination on the grounds of place of origin, sex, religions, ethnic or linguistic association or ties shall be prohibited”.

The Tiv communities in the area have been living in difficult conditions due to the persistent state of provocation and insecurity including intimidation, premeditated violence and bloodletting which resulted in the mass killings and total displacement of the Tiv communities in some  local government areas such like Bali, Donga, Gassol, Ibi, Takum and Wukari in the last four decades.

The recurrent violence across Southern Taraba has received widespread publicity in the media, including the most recent disturbances in parts of Wukari, Gassol, Donga, Ibi and Takum LGAs.

In order to put the records straight, THE MOVEMENT FOR THE SURVIVAL OF TIV TARABA (MOSTT) wish to state as follows:-

The recent conflicts that are widely reported as the “Southern Taraba Killings” can be split into three phases: A)  the Kente saga; B) the Dan – Anacha incident, and C) the Takum Massacre.

A) THE KENTE SAGA AND ITS RAMIFICATIONS

Kente is a rustic settlement in Wukari area of Taraba, sharing boundary with Ukum local government area of Benue State.

On the 1st April 2019, there was a minor disagreement, arising from sales of yams in a market bordering Taraba and Benue States. This resulted to the burning down of 15 settlements on that fateful day.

These acts of in-justice and hopelessness forced the Tiv communities in the area to respond in self-defense.

There after, there were coordinated attacks on the Tiv communities in Wukari, Ibi and Donga LGAs.  At the same time illegal roadblocks were mounted by the Jukun militia along many roads that traversed Southern Taraba State leading to the periodic killing of innocent Tiv people on transit.

On 09/04/19, the village of late Andrew M. Nenshi, former  Chairman of  due process Taraba State, in Wukari LGA.was looted and burnt down by the Jukun militia.

On 20/09/19, Tiv passengers were slaughtered opposite Wukari LGA. secretariat.

On 21/09/19, nine (9) Tiv travellers were slaughtered by Jukun militia between Jootar and Wukari.

On 13/11/19, Gbor-Gbor settlement in Wukari LGA was attacked one church was destroyed.

On 14/11/19 four (4) Tiv travellers were killed in Gidan Idi by Jukun militia after blocking the highway.

On 29/11/19 four (4) Tiv travellers were killed by Jukun when they block highway in Byepi Wukari LGA.

On 3/12/19, one Aondoungwa was slaughtered in his farm by Jukun militia in Kasuan Shanu in Wukari LGA.

On 21/12/19 seven (7) Tiv travellers were abducted and killed when their car had a flat tyre in Wukari yam Market.

On 13/01/20, Zegeate village, in Wukari LGA. was attacked one Ukor was killed in his home when he return to rebuild his house in

On 21/02/20, Tor Iorshagher in Wukari LGA. was attacked where two (2) people lost their lives. The same day, one Clement Kosum was attacked in Wukari metropolis where he attended a peace meeting,

but was rescued by the police.

On 8 Apri, 2020,  Jukun militias attacked Jootar for the second time.

On 22/04/2020, the Nigerian Army in collaboration with Jukun militia  attacked and burnt down Tse-Ankough, a Tiv settlement in Mbagen, Torov Ukum Local Government Area of Benue State.

Dan-Anacha is a Tiv settlement in Gassol local government area. It is also  the economic backbone of Taraba State. It is situated along Wukari – Jalingo Federal highway.

On 23/11/19, crises started over erection of signboard that changed the name of the town from Dan-Anacha a Tiv name to Kwararafa a Jukun name at a Day secondary School in the town.

Since then there have been series of attacks on the settlement by Jukun militia.

On 27-28/11/19 Dan Anacha was again attacked by Jukun militia many houses were razed down and properties destroyed.

On 11/12/19, Agbu Dauda was arrested with his gang members on their way  to attack  Dan Anacha. However, they were later released by the Nigerian Army.

On 16/12/19, Richard Bawa another notorious Jukun militia was arrested after attacking Dan Anacha,  eight (8) houses were destroyed. Bawa was later released by the Nigerian Army.

On 28/01/20 Daniel Mbaterem house was razed down by Jukun militia in Dan Anacha Gassol LGA.

Trouble started on Tuesday morning July 30th 2019, when a Jukun man was killed on his farm along Takum- Wukari road and irate Jukun youths in Takum took the law into their hands.  They went on the rampage, killing no fewer than eight (8) Tiv people on that fateful day.

Subsequent attacks on Tiv settlements recorded from July to August 2019, include:-

i. The looting and burning down of Tse-Akenawe.

ii. The looting, burning and demolition of Tortsee market.

iii. The looting and burning down of Tse-Ajayi.

iv. The looting and demolition of Yongogba.

v. The burning and looting of NKST Church Jato.

vi. The looting and burning down of Imade-Ade.

vii. The burning down of Tse-Adekpe near New-Gboko by Nigerian Army.

vii. The burning of Tse-Lijam.

viii. The looting and burning of Akase.

ix. The burning, looting and demolition of Tor-Ikergba village.

x. The total demolition, and looting in Tse-Yange

xi. The demolition of Tse Mhambe.

xii. The burning down of Tse-Wende.

DRIVERS AND AGENTS OF THE RECENT VIOLENCE

Jukuns by their rulers and elites.

Regardless of what everybody may think, the Tiv ethnic group have been part and parcel of Southern Taraba for over 300 years.

It is an acknowledge fact  that, the 1932 population census in the defunct Wukari Federation which comprises of Wukari district, Takum district and Donga district clearly shows that Tiv population surpassed those of other ethnic groups like the Jukun and Chamba.

representation clearly demonstrates that the Tiv had, at this time, 1932, assumed a central position in Wukari Federation.

Consequently, the 1947 census put the Tiv population as 34% of Wukari Federation, while the Jukun were listed among the others who were 64%.

It was noted that the Tiv people officially outnumbered the Jukun as shown in the table below – hence, the Tiv are the single largest ethnic group in the defunct Wukari Federation :

We the Tiv ethnic group of Southern Taraba State have suffered undue bloodshed and destruction. Yet we were been unduly prosecuted and marginalized by the media, Government, civil society organizations,without giving us a fair-hearing. Thus, we appeal to media houses, the National Human Rights Commission and NGOs such as Socio-Economic Rights and Accountability Project among others to always verify facts before coming to conclusion on critical issues like this.

We strongly condemn the taking of innocent lives and support all Government efforts aim at restoring peaceful co-existence.

Thus, we make the following recommendations:

2. The Government should immediately reverse all Tiv Towns and Villages renamed to appropriate Jukun names.

3. The federal government should review, update and enforce all laws relating to citizenship in Nigeria to ensure the equality of all under the law.

4. There is the need for increased security surveillance on the highways and community roads to checkmate the ambush and killing of innocent travellers.

5. Government should consider the payment of compensation to victims and support the resettlement of displace persons affected or displaced from 2001 to date.

The contemporary history of the Southern Taraba for the last four (4) decades is a history of violence, bloodshed and gross abuse of fundamental right of the Tiv majority by the Jukun of the area but because the victims are voiceless the matter was always swept under the carpet. We have been crying for justice and the records are well documented.

These sad development in Southern Taraba State negativity the principle of equity, justice and fairness and all the that the constitution guarantees.

National President, Movement for the Survival of Tiv Taraba (MOSTT)