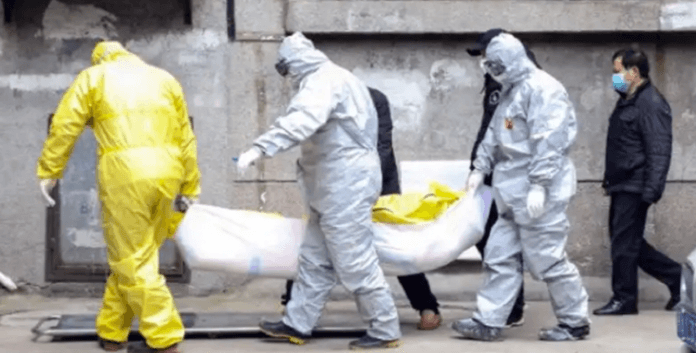 The mass media has a unique and important role to play in times of national emergencies such as the fight against epidemics and novel diseases such the covid-19, which comes with ravaging thirst and hunger for human lives and damaging effects on the economies of nations. The role of the media as used here is a function to an obligation as a social responsibility. Social responsibility being an underlying foundation of the purpose and role of media to society itself.

Clearly, there is no doubt any more in policy and expert circles, that the mass media can act in concert with other factors and professionals to disrupt conservativism, implant dynamism, improve situations and increase knowledge in society thereby accelerating rapid sectoral and national development. It also is a medium for society to employ in the process of sanitising itself in all mutual areas of endeavour.

Carr, Saunders and Wilson, in 1933, stressed the moral obligation of the press to report the truth and inform accurately. This means that the media should at all times seek new knowledge and report it for the general use. The media should investigate trends and inform accurately, dissect new concepts, diseases and interpret clearly, for the benefit of society generally.

The media should set agenda and ensure that the focus of society and its government remain towards attaining the ideal or an irreducible limit for the well-being of the people. While attempting to correct a situation, the media should not align with the trend of confusing policy and political considerations but insist and ensure adherence to specific rather than general strategy of development, particularly, in the provision of infrastructure. For instance, the media should have upheld the long held conclusion, that sharing money in market squares was irresponsible while building health facilities for the same people, with same resources was cheaper and a way of protecting the present and the future of citizens.

The media was guilty of not staying on message but joined in the voyage of confusion that policy makers ravel on. Perhaps in the quest to sell, the media became guilty of sticking to the trend lines of politics rather than the headlines of reality. But the media prefers big corporations and associates in government for the adverts and unmerited favours. They simply are deviating from their primary function and role in society.

In his book, Mass Media and National Development, the American Sociologist, Wilbur Schramm emphasised the irreplaceable role of the media in national development. Therefore, by identifying and prioritising needs of society, the media can set the agenda for government instead of positioning itself as a medium or book of commentary after the fact.

The citizens need adequate media support in the efficient and effective interpretation of the goals of nationhood and mandate of government. Otherwise, rights will be made to look like privileges by those holding the process of service in trust as we see today. The media with its multiplying capacity can generate complacency and apathy in society and suffer same fate from its publics.

In the prevailing Nigerian attempt at democracy, the media can re-engineer positive social and self-supportive responses to engender individual, group and community party participation and partnership for development. Aristotle opines that the media can liberate the individual towards thinking positively about ideas and initiatives.  While it is being achieved, the individual nay, society, can initiate and or take action to redeem or build itself from the clutches of retardants many of whom hold the key to policy and governance especially in Africa. As social syringes, the media should be available to be used to inject fresh ideas into the polity and where this is achieved, people or citizens will think, aspire, gain and maximise their potentials by turning those potentials to possibilities, opportunities and standards for policy makers, holders and for the own benefits

Because the media is seen to possess an element of magic, messages from it are most likely to be believed and retained as truthful and may become a part of ones’ useable resources many years after they were first heard or read in the mass media. Experiences illustrate how easy it has become the audience to voluntarily or impulsively learn something new from it or even, to re- inforce a perception.

This, it does by altering perception of situations altogether, as change agents. This alteration could be positive or negative. Take a trip down town today. It is common to hear that the media only represents only the views and dictates of the political class, even then, the ruling class at all times. This is creating a situation of unbelievability of medium and media generally, leading to reliance on substituted media, media without editors and foreign sources even for local, village or community news.

A nation’s media is its conscience and this must not be compromised for any lucre or pot of porridge. Media owners must resist the temptation of jumping into the ring with their own opinions and pushing such down the throats of readers as commanding views. What happens is that such media owners lose their voices when failure looms or, in the alternative, keep repeating worn out tales hoping that their monopoly of the media space will eventually confirm their views. In Nigeria, this has been the case because of apparent failures in governance and many areas of service delivery. Many media owners have not been able to reverse themselves and have lost their status among readers who tended to believe them in the past. This is avoidable in order to retain the claim to being the fourth arm of government in any democracy.

In this season of contemptuous media of anything goes, the need to return to the values of the profession is more apparent. Similarly, the need for the reading public to appreciate any media that stuck to those pristine values of the profession is gracious to the cause of nation building. Indeed, quite a few have stood out with the flag of journalism for development in Nigeria. Others pretend that all is well. But the media should engage in inward self- regulation, and not be ashamed or discouraged from the basic principles of journalism 101. If you don’t know this, then you are one of those dragging the wheels of journalism as partners for development back. Read it, know it and reflect it in your views and editorial policy.

With the on -going celebration of the ravages of Covid-19, the entire media should focus on promoting both short and long term solutions. It should sensitize the public and saturate it with communicative messaging, by sieving the fake and the real and by staying on the message. It is a desperate world in search of solution and nothing less. Thereafter, it should set sectoral agenda and refuse to deviate no matter the temptation, so that the nation may invest in research and science, the provision of facilities and all. Otherwise, our traditional friends will heal themselves first before looking back or any other way at all. Then, it may be too late. We have had our own “resident” Lassa Fever, Ebola came visiting and now Corona with its crown. The question therefore is: What next after COVID-19.

The Sovereign Wealth Fund And The Urgency For Economic Diversification – By Olusegun Aganga, CON, at the EY Alumni Event