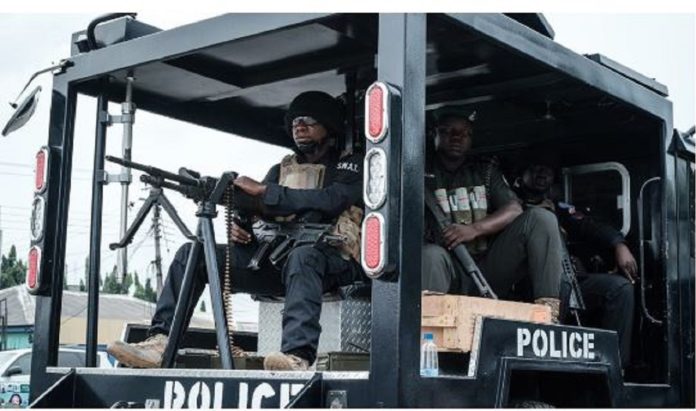 Kaduna State Police Command has confirmed that seven persons were killed and five others injured in Maro village, a border community between Kajuru and Kachia Local Government Area of the state.

The Command Public Relations Officer, ASP Mohammed Jalige gave the confirmation in a statement issued on Thursday in Kaduna.

Jalige said the attack occurred on Wednesday at about 7:15pm.

“The armed men entered the village market in a vehicle and started shooting sporadically and in the process shot some people.

“On receipt of the information, DPO Kajuru and Kachia immediately mobilised patrol teams to the area to restore normalcy, but unfortunately seven persons were found dead and five were injured.”

According to him, both the dead and injured victims were evacuated by the police to Kachia general hospital.

“The dead bodies have been deposited in the mortuary while the injured ones are currently receiving treatment at the same hospital.”

Jalige said normalcy had since been restored in the area while investigation and manhunt of the fleeing bandits was ongoing.

He assured that perpetrators of the barbaric act would be caught and made to face justice.

Jalige added that the command was deeply saddened by the incident and had already beefed up security in the area to ensure no further break down of law and order.

“The command calls on the general public to promptly report any suspicious activities or persons to the nearest security agencies with a view to proactively prevent re-occurrence of such dastardly acts against law abiding citizens of the state, ” he said