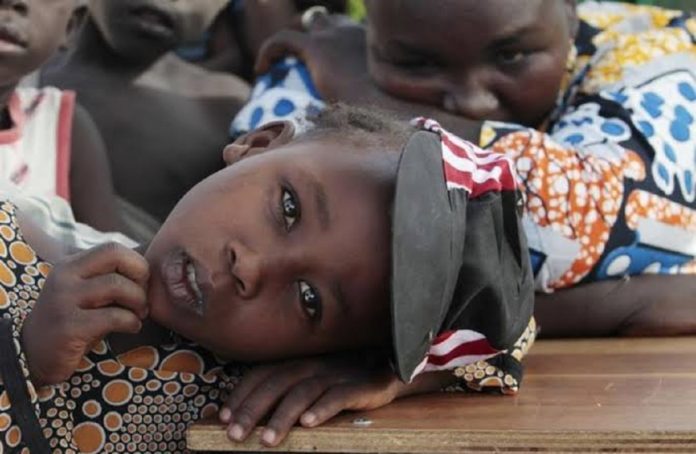 Our security monitoring of atrocities in the northeast has revealed a new phenomenon of abductions for ransom by Fulani Herdsmen separate from the kidnappings by terrorists.

Our investigation indicates that shortly after the kidnap of several people last week, the kidnappers called and not only spoke to family members of the abductees but allowed them converse with the hostages.

Following payment of ransoms, the hostages were released in less than a week.

The above scenario is a hitherto unseen one with respect to the protracted terrorism of Boko Haram in the region. Not only are phone calls not allowed with family members but the prompt release of the victims known to be Christians is not the methodology of the jihadists group.

Our investigation revealed that the kidnappers were admitted Fulani Herdsmen who said they had been supplied with arms and therefore took to this crime (name of supplier withheld.)

It is to be pointed out that in their operational style, the Fulani kidnappers are similar to the terrorists.

They checked the IDs of the passengers and abducted the Christians but left the Muslims to continue on their journey.

Our prior investigations into the Dapchi schoolgirls mass abduction showed that Herdsmen accompanied the terrorists to guide them to Dapchi. It is unclear whether the herdsmen were forced to guide the terrorists or were willing accomplices in the attack.

While the phenomenon of Fulani Herdsmen kidnappers has plagued the middlebelt and south of the country over the years, their emergence in the northeast terror corridor, escalates the insecurity threat matrix to a new high.

Citizens and humanitarian workers in addition to looking out for the terrorists are now constrained to avoid for-ransom Fulani Herdsmen kidnappers as well.

It is unclear why the Herdsmen have chosen to introduce kidnappings to the northeast amidst the situation there.

However we have recently noticed the rise in Fulani IDP camps in the northeast – the only such camps in the country as IDP camps in the middlebelt such as Benue and Plateau states consist only of their victims (thus proving these are not communal clashes but one-sided massacres.)

It is possible that the recent losses of cattle to Boko Haram Terrorists caused the Herdsmen to abduct and trade in human hostages instead. However the fact that, like Boko Haram, they check for IDs and target Christians shows a shared operational and theological methodology.

Another possibility is that the highly lucrative,

Whatever the case, for the Herdsmen to operate in the same territory of the terrorists, there must be some understanding or armistice not to attack one another. This may hark back to the historical truce between the Kanuris (founders of Boko Haram) and Dan Fodio (jihadi invader of the north).

Regardless, this is a highly unfortunate development in the year 2020.

We have followed, with keen interest, the raid and arrest of Christian missionaries who have lawfully operated orphanages in Kano and Kaduna for over two decades. This invasion occurring on Christmas Day which is a season when orphans should be visited shows the religious nature of the attack.

The missionaries were accused of abducting and converting Muslim children and running an illegal orphanage. However, documents viewed by us including a court order from years ago expose these allegations as baseless.

Reports received indicate that the orphans were taken to another ill-prepared facility and that those taken from the Kaduna orphanage actually slept in the police station before alternate arrangements could be made for them.

What kind of rescue would take children from an orphanage where they’re cared for and educated and put them in a police station for criminals?

We note that several Islamic houses of horror were found where hundreds of children and even adults were held captive in chains, handcuffs and other restraints in Kaduna, Kogi and Katsina amongst others in recent months. The captives complained of beatings, starvation and sexual abuse. One was even a Ph.d student in UK who was dumped there for forced indoctrination for allegedly converting to Christianity. Yet none of the perpetrators or operators of these horror houses are known to be facing trial like Prof Solomon Tarfa of Du Merci orphanage.

More so, the Du Merci orphanage clothed, fed, nurtured and educated the orphans in their care.

Reports indicate that the children made no complaints when interviewed and that some had successfully graduated from the orphanage.

We remain concerned at the anti-progressive stance prevalent in the north towards child development. It is pathetic enough that there is a retrogressive practice of almajiri, where millions of children are produced for the sole purpose of dumping them on the streets to be slum urchins, beggars and vagrants. Southern Muslims do not do this nor do Arab Muslims and this practice has been condemned as unislamic. It is not among the five pillars of Islam and is of dubious antecedents.

Even Major General Buhari’s children were not street urchins but were educated in expensive universities in the UK.

It is therefore shocking that while Buhari’s daughter is gallivanting around the country in presidential jets for her school project, 10 million northern children are out of school and Christian missionaries providing education to abandoned kids are jailed.

If Ms Buhari had been trying to help out-of-school kids gain an education like she herself has, the outcry against the clear abuse and misuse of the presidential office wouldn’t have been as high.

Buhari himself hasn’t done much to reduce the millions of unschooled children who illegally voted for him.

We note with regret that the effort by famed Cleric Matthew Hassan Kukah to provide education for the millions of out-of-school kids was denounced by a Muslim group led by no less a person than an official responsible for university admission in Nigeria.

This anti-progressiveness is evidenced further by the denial by ABU of admission to a star student to study medicine. Ms Goodness Thomas has now gone on intellectual asylum to a private southern university. Yet northern Nigeria still imports doctors from Egypt, Pakistan amongst others.

We are concerned by this disturbing pattern not only of institutionalized failure but sabotaging success.

Over 1000 IDP children are being catered for in a camp in Edo State. The operators were harassed by the government until it was discovered that the

Edo camp is one of the best in the country and actually better than all the camps in the northeast. There were no cases of molestation by security officials and no cases of malnutrition and death as obtains in the government-run camps. Yet elements in the north wanted to “rescue” the IDPs who are doing much better in Edo.

Regrettably, this anti-progressive posture is not only at home, it has been exported abroad.

The Nigerian government similarly claimed to have “rescued” five out of the 11 schoolgirls from the northeast we sponsored to school in America.

However, specifically the five Chibok girls “rescued” by the Nigerian embassy are still trying to pass the GED (high school equivalency exam) despite millions of dollars squandered.

The Buhari regime rescued failure from the arms of success.

We enjoin travelers to beware of the new threat posed by Fulani Herdsmen Kidnappers who abduct for ransom and molest victims.

We urge the suspension of travel to the high-risk region especially for Christians who are specifically targeted.

We urge the government to desist from false claims that it has vanquished the terrorists as this misinformation has misled many innocent citizens into needless danger.

We urge aid organizations to provide hazard allowance and insurance to their Nigerian staff who are unduly exposed and vulnerable.

As we mark the anniversary of the official end to the Biafra civil war 50 years ago, the nation must be on high alert that once again we are at war but this time not a legitimate quest for emancipation but an illegitimate quest for domination and Islamization.