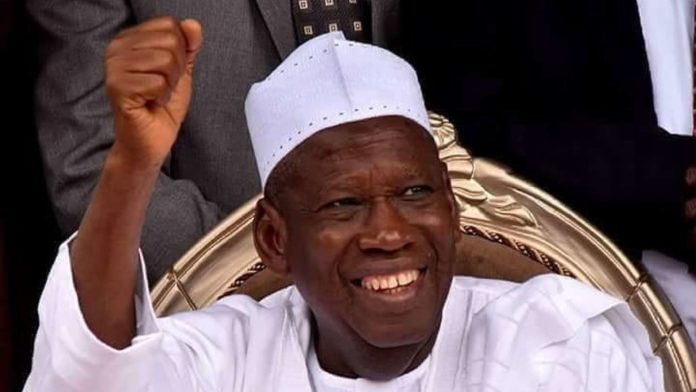 Gov. Abdullahi Ganduje of Kano state has called on the opposition to join hands with him towards developing the state.

Ganduje made the call in a statement signed and issued to the News Agency of Nigeria (NAN) by his Chief Press Secretary, Alhaji Abba Anwar on Monday in Kano.

“We thank Allah for making it possible for the Supreme Court to reaffirm our victory after the Election Petition Tribunal and Court of Appeal judgments.

“We also thank Kano people for their peaceful conducts throughout the litigation period,” Ganduje said.

He also commended all the people who actively participated in prayers for his victory.

“Whoever believes and depends on Allah, will always see light at the beginning, mid and end of the tunnel, no matter the circumstances.

“We also commend all the judges who partook in this exercise of deepening democracy. This shows the commitment of our judiciary in strengthening our democracy. This is highly commendable.

“I insist that the opposition should come and join us to move the state forward. We have a lot of developmental projects on ground.

“And more are coming. Our free and compulsory education policy needs all hands on deck. Our security system also needs all and sundry, among others,” he said.

NAN further reports that the Government House, Kano has been filled to capacity by people celebrating the governor’s victory at the Supreme Court. Party supporters have also taken over major streets in the metropolis celebrating the victory.