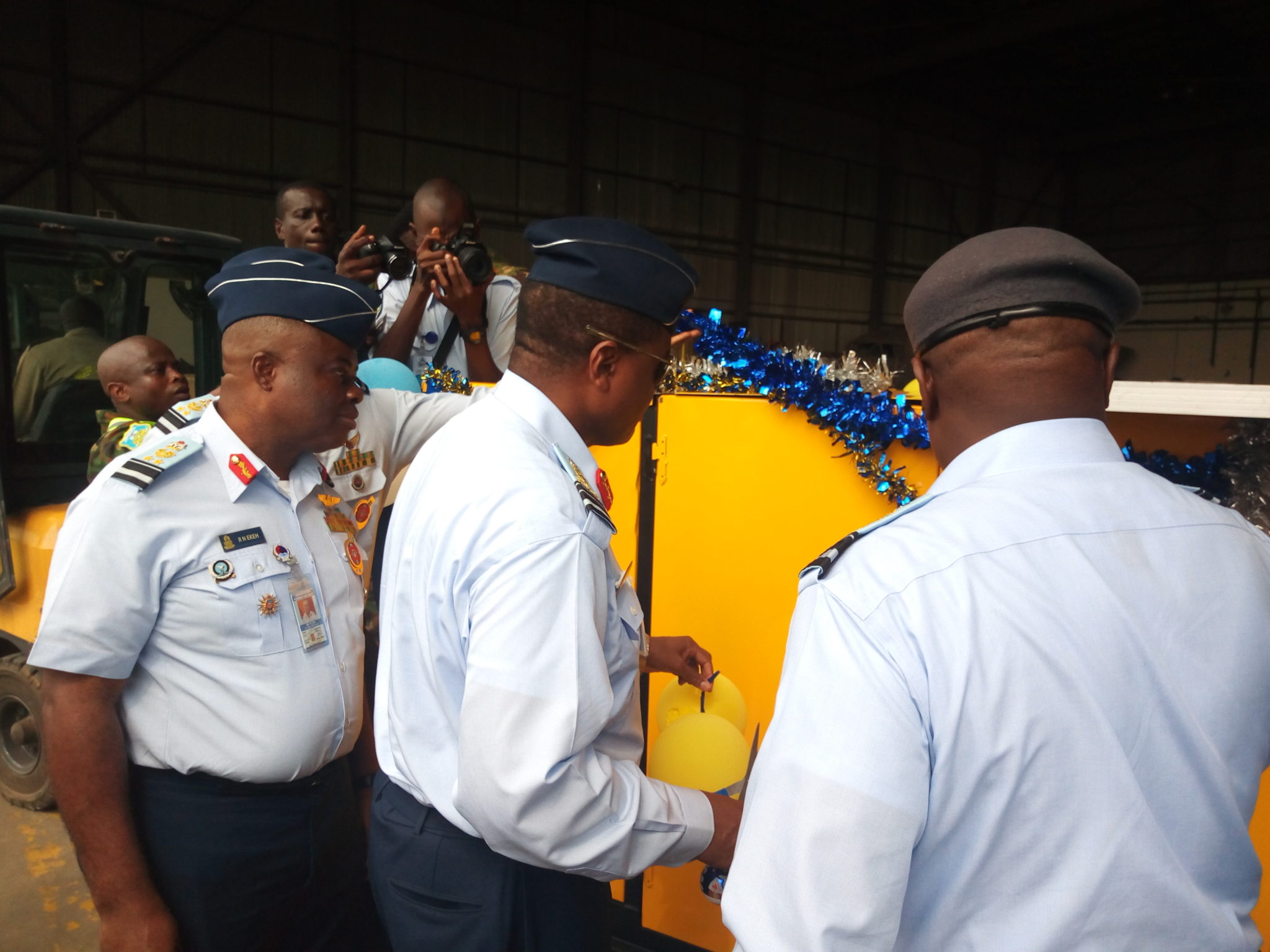 Speaking during the inauguration at the auxiliary power unit test stand at 631 Aircraft Maintenance Depot (ACMD), Ikeja, Sadique said that the project would sustain the operations of C-130H Aircraft fleet.

“The commissioning of the auxiliary power unit test stand which is another innovative project required for sustaining the operations of C-130H Aircraft fleet,” he said.

He said that the innovation was in line with the Nigeria Air Force (NAF) commitment to reinforce the culture of self-reliance by inculcating the attitude of prudent management of resources.

“This innovation by the personnel of 631 ACMD is in line with our commitment to reinforce the culture of self-reliance by inculcating the attitude of prudent management of resources.

“And the promotion of research development.You would agree with me that the world is ever evolving and that engineers play a critical role in providing technological solutions to operational problems,” he said.

He urged the engineers not to rest on their oars by working hard to provide innovations and affordable solutions to aircraft maintenance challenges.

“You must explore a good mix of knowledge with innovative ideas and creativity to sustain an acceptable aircraft serviceability status that will support NAF operations.

“I would like to implore our engineers to continuously strive to keep pace with the ever changing technological advancement in the world and daily aircraft maintenance challenges,” he said.

The CAS said that the use of the equipment would save the country huge foreign exchange, saying that it has re-positioned the depot for better service delivery.

“It is quite important to note that our modest accomplishment, so far, has greatly enhanced the serviceability of aircraft,” he said.

Abubakar commended President Muhammadu Buhari on the confidence reposed on the NAF and the National Assembly, while he pledged commitment to greater output.

In his speech, AVM Moses Onilede, the Commander of 631 ACMD, said that the gathering of the auxiliary power unit was totally fabricated in the workshops, saying that it was multipurpose know nature.

He added that most of the parts used were sourced locally,saying that there was no foreign assistance during the design and fabrication of the test stand.