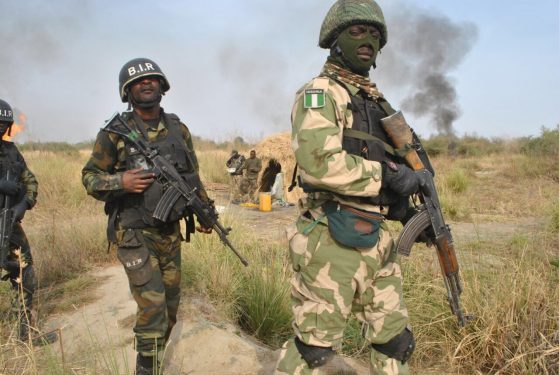 The exercise which commenced last Friday, has as its theme; “Inter-Agency Cooperation: Imperative for Efficient Joint Operation”.

In his opening remarks, the Brigade Commander, Brig.-Gen. Greg Omorogbe, noted that the ever increasing contemporary security challenges such as kidnapping, armed robbery, drug peddling, banditry and cultism have necessitated the need for synergy among security operatives.

He said that the training which was the high point of activities for the exercise, was meant to serve as avenue for Inter-Agency collaboration with a view to promoting effective working relationship among the various security agencies in the state.

The Brigade Commander said that the lecture was designed to bring participants to be on the same page, to enable every one understands their role during the conduct of the exercise.

He also said that the training would provide participants with the requisite knowledge to effectively discharge their constitutional roles in aid to civil authority, thereby enhancing Inter-Agency Cooperation and synergy.

“It is imperative to state that the peculiar contemporary security environment in Edo required the combined efforts of all security agencies as no organisation could successfully work in isolation without the support of others.

“The overall goal of security agencies present here is to ensure the safety of all law abiding citizens and protection of lives and property in the state,” Omorogbe said.

A lecture titled; “Enhancing Inter-Agency Cooperation in Aid of Civil Authority: Way Forward”, was delivered by Brig.-Gen. Joseph Komolafe (rtd), at the event.