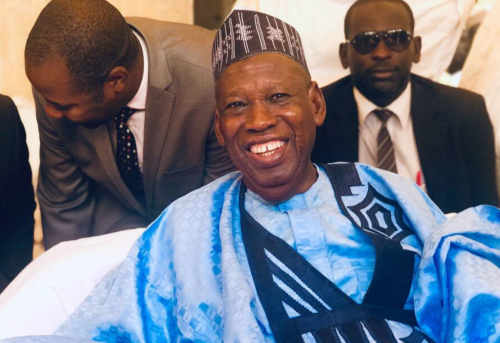 See Press Release Below:
–
PRESS RELEASE
ACCEPT DEFEAT, SHELVE TEMPTATION TO APPEAL, KANO PDP URGED
The Kano state Governorship Election Petitions Tribunal on Wednesday validated the election of Governor Abdullahi Umar Ganduje of the All Progressives Congress (APC).
The opposition People’s Democratic Party (PDP) should therefore accept defeat with dignity and shelve any temptation to appeal the verdict of the Kano state Governorship Election Petition Tribunal which dismissed its case on Wednesday.
Reacting to the tribunal verdict, which struck out the case instituted by the PDP seeking the nullification of the election of Governor of APC, former commissioner for Information, Youth, Sports and Culture in Kano state, Malam Muhammad Garba said in a statement that the PDP should not waste its time and resources in appealing the case they clearly lost.
He said having been closely observing the tribunal’s proceedings, the PDP couldn’t prove its case and the case was thrown out for lack of merit.
Garba observed that PDP and its candidate have no case to appeal the judgment but to demonstrate the spirit of sportsmanship and avoid overheating the polity by giving the people false impression that it was rigged out during the election.
The former commissioner urged people in the state and particularly members and supporters of the APC to remain calm and avoid being tempted to engage in violence as security agents will not allow break down of law and order in the state.
MALAM MUHAMMAD GARBA
Former Commissioner, Information, Youth and Culture, Kano state