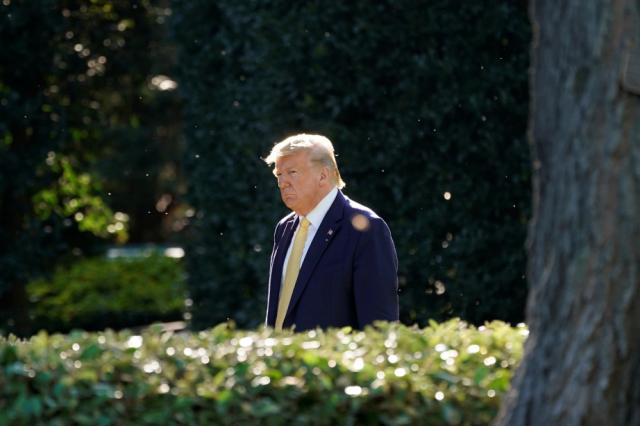 As of three weeks ago, a majority of Americans — 51.1 percent, on average — opposed impeaching President Trump. Only 40 percent supported it.

But that was before the Ukraine scandal snowballed.

As of today, opposition to impeachment has plummeted 7 percentage points (to 44 percent) and support has climbed nearly 10 points (to 49.8 percent), according to FiveThirtyEight’s preliminary polling tracker.

That rapid 17-point shift means a majority of Americans may soon support impeachment, or, taking margin of error into account, might already. And that’s terrible news for Trump.

It still seems unlikely, although perhaps slightly less so, that Senate Republicans will ever abandon Trump and vote to remove him from office, even if most voters eventually want them to. (Impeachment by the House would lead to a trial in the Senate, where conviction would require a two-thirds majority, so even if all 47 Democrats vote to remove Trump, at least 20 Republicans would have to join them.)

But Trump has a different problem. Neither of the two modern presidents who faced the threat of impeachment, Richard Nixon and Bill Clinton, had to deal with it during their first term. That means neither was running for reelection.

Trump is. And if a majority of Americans eventually want you removed by Congress, it’s unlikely that a majority will vote to reelect you at the ballot box.

Dig deeper into the data, and you can even start to see the electoral warning signs flashing in two places that matter most: across key swing states and among key swing voters.

State-level general election polling is somewhat scarce at this point in the race, but so far, the numbers have not been encouraging for Trump. In North Carolina, a state the president won by 4 points in 2016, 48 percent support impeachment, according to Public Policy Polling; his approval number is even lower, at 46 percent. That means that when asked to choose between Trump and the leading Democratic candidates, North Carolinians choose the Democrats, preferring Joe Biden by 5 percentage points and both Bernie Sanders and Elizabeth Warren by 3.

The story is similar in Ohio, a state Trump won by 8 points in 2016. According to an October Emerson poll, 47 percent of Ohioans now back impeachment while 43 percent oppose it; 51 percent disapprove of Trump’s job performance. Partially as a result, Trump trails Sanders and Biden by 6 (53 percent to 47 percent) in head-to-head matchups, and he lags Warren by 4 (52 percent to 48 percent).

A recent Fox News poll even shows impeachment gaining steam in Wisconsin, the state that put Trump over the top in 2016 and will likely be pivotal again in 2020. While 48 percent of Wisconsinites say that Trump should not be removed from office at this point (compared with 42 percent who favor it), a plurality (46 percent) do think he should be impeached, and a substantial majority (54 percent) disapprove of the job he’s doing as president. If the election were held today, Biden would defeat Trump by 9 points (48 percent to 39 percent), and Warren and Sanders would beat him too (by 4 and 5 points, respectively).

In other words, independent voters — who picked Trump by 4 points over Hillary Clinton in 2016 — are open to impeachment. And if the story does end with the House voting to impeach, they’re even open to removal. According to a new YouGov/Economist poll, independents are evenly divided (at 36 percent) over whether the Senate should remove Trump from office; 29 percent say they’re not sure yet.

The bottom line is that Trump can’t win reelection without North Carolina, Ohio and Wisconsin in his column. He can’t win without independent voters, either. If the Ukraine drama continues to turn those states and those voters against him and toward impeachment, it will be very difficult for him to secure a second term — even if he survives impeachment itself.

Why Trump could possibly end up “behind bars” if he loses