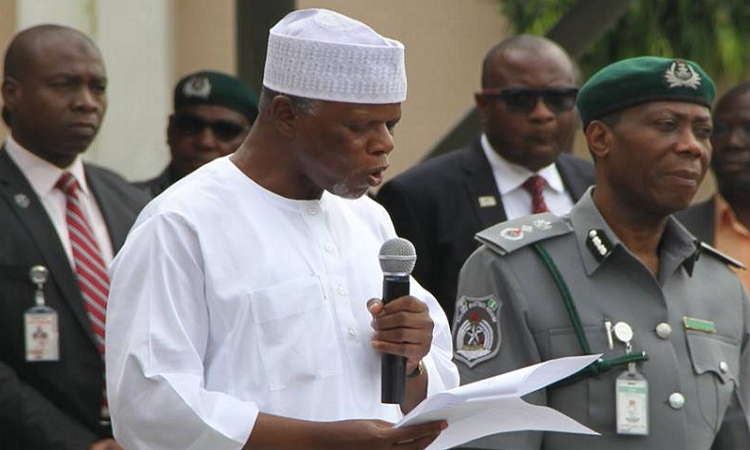 Nigerian travelers who takes pleasure in buying personal items should be wary of the price henceforth, as the Nigeria Customs Service (NCS), confirmed that any imported item valued above N50,000 attracts duty payment.

Customs, Public Relations Officer, Joseph Attah, who made this known in a clarification following an encounter with an aggrieved traveler, said such items are considered as “Merchandise in baggage” in the law, and the Customs would not hesitate to enforce it.

“For the avoidance of doubt, we are aware that many Nigerians complain about the allowable amount of N50,000.00, but until the law is changed, Nigeria Customs Service will continue to enforce the extant law that says personal effects shall not exceed the value of N50,000.00. Anything more than the approved value is considered Merchandise in Baggage, and therefore liable for duty payment,” he said.

A Nigerian Traveler, who identified herself simply as Adaeze, had taken to the social media to express her displeasure about her encounter with some Customs officials at the Nnamdi Azikwe International Airport, Abuja, where her one pair of trainers and one mini boy bag were placed on duty payment.

“I arrived Abuja from London yesterday, October 18, 2019, at about 4.30am with one pair of trainers, and one mini boy bag bought at the duty free shop in Heathrow.

“For the records, I am a banker. I am not a trader.

“To my shock, the Customs at Abuja Airport (names withheld), said these do not qualify as personal effects and calculated duty payment of about N175,000 for me to pay. Most shocking to me was that I was the only passenger on that flight BA 083 from London that was singled out for this treatment.

“My question was: what are Nigerians able to buy when they travel? She (Customs officer), said Nigerians are only entitled to N50,000 worth of goods. Everything above N50,000 is considered luxury and dutiable. I pointed out to her that someone who had shoes had just been released by same Customs without any charge, and to my shock she said that it’s because he put his feet in it already.

“So, I asked her that does it then mean that all I needed to do for these trainers not to be seized by Nigerian Custom was to simply remove it from the box and wear it, and it seizes to be a luxury good and duty exempt? She said, ‘yes’,” she narrated.

But, Attah said: “Upon routine search of this passenger’s luggage, operatives discovered a Louis Vuitton bag and shoe. Obviously knowing the luxury brand (Louis Vuitton). She was asked to produce the receipt, which will be the bases for duty calculation or not. She could not produce the receipt of what she claimed she bought at the duty free shop at the point of departure, saying the receipt was with her husband who did not travel with her.

“The officers had to take the long route of ascertaining the current worth of her items through the Internet. The luxury items were found to be worth N570,467.40.

“Consequently, appropriate duty assessment of N165, 692.25k was made and given to her to pay into Federal Government coffers. Since she could not immediately go and pay, a detention notice was given to her showing that the items will remain with the Nigeria Customs Service until she pays and brings evidence of payment before they will be released to her,” he said.