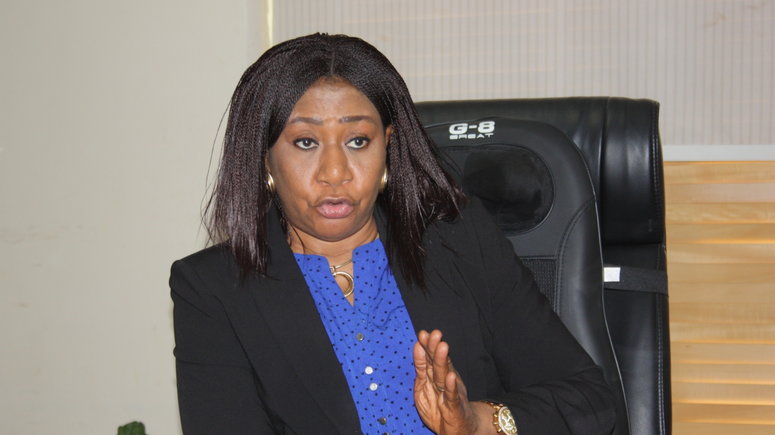 Within the 2 years she took over, the Commission accomplished the following milestones:

The foregoing and other reforms ensured that Nigeria made significant progress in the Ease of Doing Business Index in 2017 and 2018. The reforms also earned the Commission several outstanding awards.

These achievements led to the following recognition/ awards:

In spite of the numerous milestones and achievements outlined above and many others too numerous to mention, some unscrupulous individuals and their sponsors have authored several petitions against her person and the Commission to several Agencies including the Federal Ministry of Industry, Trade and Investment.

Rather than wait for the outcome of the petitions, they apparently resorted to media trial on the same issue as evidenced by the articles published in theNigerianlawyer.com of 25th September, 2019 and newsdigest.org/news of 24th September, 2019.

For the avoidance of doubt, we wish to state the correct position on the various issues and put the record straight as follows:

The Examination Committee was reconstituted in response to stringent demand for it by the Union.  It should be noted that in respect of Mr. A.G Abubakar and Mr. MunirWambai, the Union had by its letter dated 17/6/2017 demanded that the duo be removed from the Examination Committee. The demand later turned to total disbandment of the Committee. Curiously, the demand is now being made for inclusion of the same names earlier rejected.

Generally, Composition of Committees and the Examination and Disciplinary Committees in particular, in addition to functional representation require that persons of proven integrity are nominated into those Committees to provide exemplary leadership. Nomination into those Committees therefore take due cognizance of knowledge, skill, character, integrity and trust. It is improper for anyone or group to dictate to Management who and who should be members of a specific Committee.

It is false to claim that the two Committees do not reflect Federal Character. The issue of federal character is just being invoked to whip up sentiments and sow seed of discord between Management and Staff. We believe the issue is also being raised to cast aspersion on the integrity of the Management.

The Company Registration Portal is the software that drives the operations of the Commission. The vendors of the software Messrs Oasis Nigeria Limited was engaged by the Commission in 2014, upon the approval of the Federal Executive Council, three years before Lady Azuka Azinge assumed office.

The Management had decided on infrastructure upgrade of certain operational process in two major areas:

Pre and Post incorporation processes were already on-going processes for which payments were made on the Treasury Single Account (TSA) Platform (Remita). It is difficult to see how an upgrade of existing process that had established mode of payment could result into siphoning money when the mode of payment itself did not change. The allegation that CRP upgrade was aimed at siphoning money is not only patently false but illogical. It is a mischievous smear campaign against the person of Lady Azinge.

We await proof of this allegation by the authors.

The offer of contract appointment to Mr. Anthony Udegbe was made pursuant to Rule 3.05(d) of the Commission’s Conditions of Service which provides for such appointment. It was duly approved by the Commission’s Board as required by clause 3.02 of the Conditions of Service. It is difficult to ascribe bias to a collective decision of the Board with membership drawn from different parts of the Country.

The contract appointment was not premised on his indispensability or any other consideration but rather to ensure that the high standard and effectiveness of the Board Secretariat was preserved. It was also to ensure that he mentors other officers to take over from him at the end of the contract period.

Mr. Anthony Udegbe was offered a fresh appointment when he joined the Commission in 1991. There was no transfer of service for any staff then. The Commission itself is not up to 30 years. The allegation of working for 38 years is consequently baseless and clearly mischievous.

The allegation that two other members of staff (Jamilu Nalado and Aminu Abubakar) asked for similar treatment but were denied is false. The two mentioned staff never asked for contract appointment prior to their retirement. One only lobbied for special consideration for promotion which was not sustained. Their subsequent belated requests for contract appointments were instigated to create false impression of discrimination by Management in handling these issues.

Mr. Moses Adaguusu, a Deputy Director and a Legal Practitioner of 30 years standing at the Bar was redeployed to the Public Affairs Department in July, 2014 by the former RG because of his belief that the staff as an author, Senior Editor of the Nigerian Weekly Law Reports (NWLR), Nigerian Banking Law Reports (NBLR), Nigerian Company Law Reports (NCLR), Bar and Bench Publishers, and several reputable Law Reports could add value to the work of that Department. He being the most senior officer when the Acting Head of the Public Affairs Department Mr. Godfrey Ike retired from service in May, 2019 became Acting Head of Public Affairs. His position is as a result of seniority and merit. There is no statutory provision in the Criminal Code, Penal Code or Nigerian Institute of Public Relations (NIPR) Act itself which criminalizes such succession based on seniority.

This allegation and the publication is also a subtle attempt to determine which Staff should be posted to which Department without due regard to merit, competence and seniority.

By a letter No T/FAL/233119/S/302117 dated 28th September, 2017 issued by FMITI and signed by O. Ogenyi (Ag. Permanent Secretary for the Honourable Minister, Lady Azuka Azinge was appointed as Acting Registrar-General with effect from 9th October, 2017. The post of Acting Registrar-General qualifies her as an Officer of the Commission within the meaning of Rule 6. 06 of the Commission’s Conditions of Service to earn acting allowance if she acts at a higher position for 30 or more days. It was based on the belief that the Acting RG is an officer of the Commission that the Board on the 8th & 9th February, 2019 considered and approved payment of acting allowance to her. The Board’s decision was informed by the fact that Rule 6. 06 mentioned above did not provide details as to what constitutes acting allowance. As a matter of fact, the Board at its 74th meeting approved the acting allowances only, which excludes salary. Consequently, the Ag. RG still earns the salary of a Director.

The media reportage on this matter was deliberate fabrication to portray false recalcitrance.

We believe the media campaigns are blatant attempts to distract the Ag. RG and the Management team from the excellent job they have been doing in the Commission which has significantly contributed to Nigeria’s ranking on the Global Ease of Doing Business Index as copiously acknowledged and honoured locally and internationally.

Finally, we submit that all the allegations contained in several petitions dished out to different agencies which were published in the media are baseless.

We wish to stress that the Ag. Registrar-General and the Management of CAC remain committed to the reform agenda of President Muhammadu Buhari Administration to take Nigeria to the next level.

247ureports - April 1, 2021 0
Amidst the increasingly dwindling security situation in Nigeria against what appears a weakened and demoralized security and law enforcement architecture under the leadership of...

The PTF, PSC and Matters Arising – By Edwin Uhara

A Microeconomic Analysis Of BUA Versus Dangote Price Fixing Conflict –...