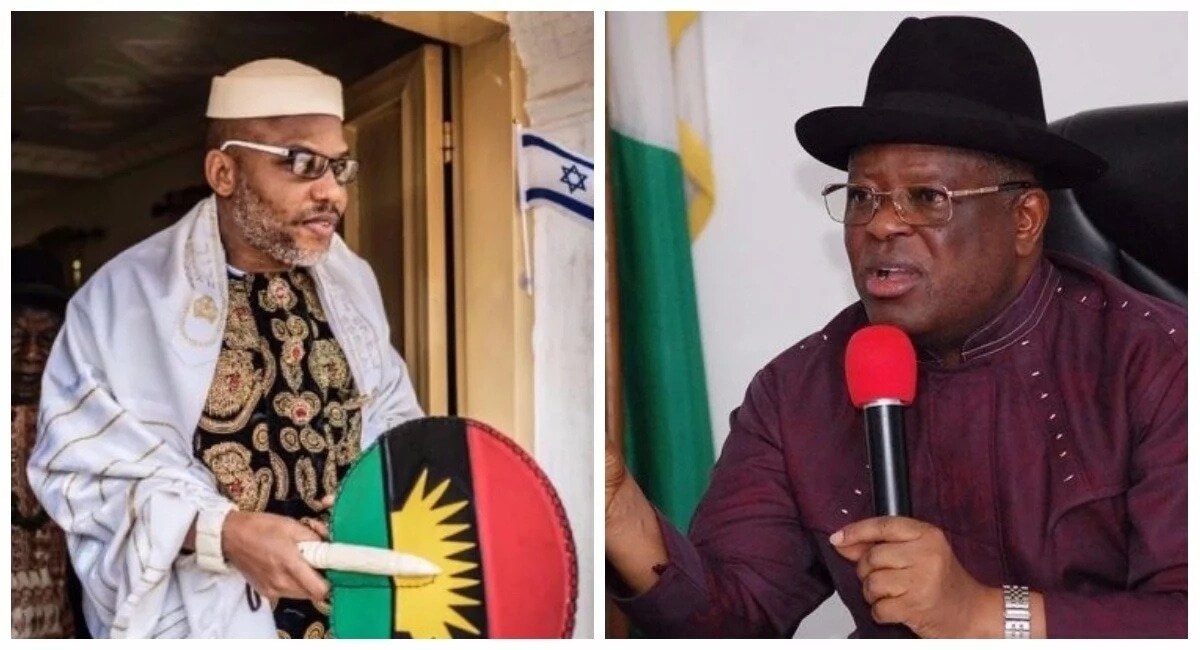 Following the recent denial and subsequent refusal of South East Governors to apologize or do the needful towards IPOB against a background of their incessant attacks, abduction, arrest, killings and proscription of unarmed peaceful Biafrans; before, during and after Operation Python Dance II in 2017, we the global family of the Indigenous People of Biafra (IPOB) categorically state that we are not interested in any apology coming from those who have continued to shamelessly preside over the Fulanisation of their ancestral lands. They are weak and pathetic men who have sworn lotalty to their Fulani masters. These  traitors and saboteurs are not leaders but instruments of Fulani incursion and agents of the age old Fulani agenda of dipping the Koran in the Atlantic Ocean. Unfortunately most people are yet to understand the danger these people portend for our existence as a race.

At a time when Fulani governors are engaging murderers, rapists, kidnappers and Fulani killer herdsmen in dialogue to the extent of visiting them in their hideouts in forests, South East Governors remain determined to fight a peaceful IPOB dedicated to safeguarding the Biafran homeland. What an irony!

A few days ago the residence of Dave Umahi was raided in Abuja by the same Fulani caliphate he is so slavishly serving for merely mouthing that movement of Fulani terror herdsmen will no longer be tolerated. That will teach him and others like him that treachery against ones own people never pays. For reading out an innocuous communique, he was targeted like a common criminal. Few days afterwards he was seen shamefully bowing down before the impostor Jubril like a naughty schoolboy in front of a headmaster. Their Fulani masters cannot and will never give them a preferential treatment as they keep assuming. To the caliphate, these spineless cowards called South East Governors will remain another set of tormented Nyamiri in office to them, to be used and dumped at will. The sooner these Efulefus  realise this, the better for them.

We remain conscious of the complicity and duplicity of South East Governors in the whole Operation Pyyhon Dance debacle and will hold them accountable at the right time. We are aware of their secret dealings with this Fulani Government of Nigeria to enslave our people, a task we assure them can never be accomplished as long as IPOB exists.

We are waiting for them to set foot abroad or appear in public anywhere outside Nigeria then they will know how upset we are. It is demeaning for IPOB to be exchanging words with slaves and traitors working for an external enemy. Enugu and Ebonyi would have fallen to the Fulani if not for IPOB. South East Governors are weak, wretched and incapable of standing up to their caliphate masters. Only IPOB can restore the dignity and lost honour of our people.