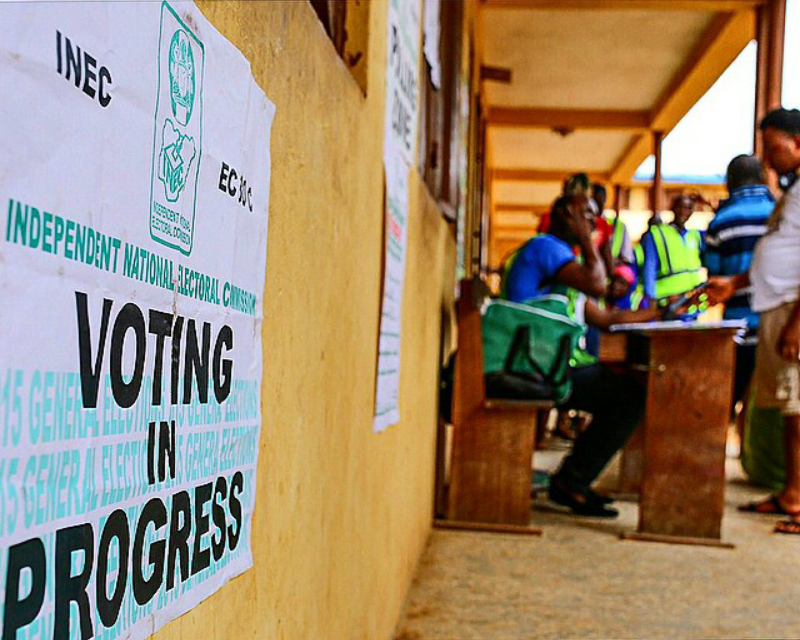 The 180 days provided by the extant laws for the Presidential Election Tribunal to conclude its proceedings expires in a few days. The worry however is that the great expectations are gradually yielding the way to perceived doubts that the nation may be saddled with a browbeaten Judiciary.

The travails of the Nigerian Judiciary in the recent times climaxed with the ignoble removal of the former Chief Justice of Nigeria, Justice Walter Nkanu Onnoghen, few months ago. The great fall from grace of the foremost jurist of the era came to most people as a surprise. The rocket speed with which his arraignment at the Code of Conduct Tribunal (CCT) happened equally seemed well programmed by those working from answer to question.

Perhaps more disturbing was that while Onnoghen’s travails lasted the two judicial bodies that could intervene or mediate – the National Judicial Council (NJC) and the Nigerian Bar Association (NBA) – kept a safe distance. Their lily-livered silence over what ordinary Nigerians saw as an attack on the integrity of Judicial Arm of Government raised even more questions and provoked more fears over the much touted independence of the Arm of Government, and its capacity to hold up its reverence as the last hope of the common man.

Yes, both NJC and NBA remained docile and virtually mute while the incursion lasted, and their stirring remained wimpy and ineffectual. Thus Onnoghen was so easily isolated, humiliated and spurned while his professional colleagues watched perhaps helpless or just playing the ostrich.

The bar seemed to have its own fight ongoing at the same time. Its national president Paul Usoro was facing a running battle with the EFCC over huge funds found in his bank accounts. Funds, which the NBA President said were his professional fees. A great lawyer of all time, Afe Babalola, made much more in professional fees. Yet, that was a precedence the EFCC was not prepared to look at, and today, Afe Babalola has Afe Babalola University to his name while  Paul Usoro is hounded like a common criminal.

The battle seemed well orchestrated and targeted at NBA or just an unpleasant coincidence.

The result was such that while the body of lawyers was busy fighting a credibility battle, the head of Judiciary was, by that token, blocked from receiving any form of solidarity or protection from his foot soldiers. That was how Onnoghen became history and got lost in the shuffles.

Onnoghen’s disgrace unexpectedly shook the Judiciary to the foundations. It was not Onnogben was above the law. But the way and manner his guilt was specially  processed smacked more of politics than policy.  it rightly  created the doubts over the independence of the Judiciary and capacity of the Tribunals to deliver fair judgments that are not tainted with fear of emasculation.

Apart from the crazy judgment in the case of Senator Ademola Adeleke, where the Osun PDP gubernatorial candidate was made to suffer the avoidable misdeed of a judge, so far, the shaking that took place in the Judiciary cannot be said to have altered the arm so negatively. Many judgments have been passed by the various tribunals round the country and nothing much has suggested that the Judiciary has been tied to anybody’s apron. So, the same hope should be extended to the Presidential Election Petition Tribunal, which is about delivering its historic judgment. Men at that level ought to worry more about posterity than mundane matters.

The Tribunal should see this as an excellent opportunity to  reaffirm the independence of the Judiciary by upholding justice in the way and manner that showcases the quintessence of the principles of separation powers in a presidential democracy. Nigerians deservedly want to know who won the 2019 Presidential Election just so that the matter may be put to rest.

Yes, to the eminent jurists, both posterity and history beckon. At their Olympian heights in the Nigerian appellate bench, their capacity to dispense justice without fear or let should not be an issue, and there has never been any whiff that any of them is integrity-challenged. When conflict of interest was raised against the President of Court of Appeal who also doubled as the Tribunal’s chair, Justice Bulkachuwa, she graciously recused herself from the Presidential Election Tribunal to pave way for unfettered justice.

Nonetheless, given the Onnogben and Usoro treatments, the apprehension of Nigerians in the presidential petition tribunal is not altogether misplaced and the eminent jurists need to know that so much depends on the quality of judgment they deliver in the coming days. The general counsel remains: it must not the judgment without justice. Or be a rehash of technicalities or political judgment, which Nigerians will neither understand nor accept as justice. For such vague judgments can only reinforce the suffering credibility of the nation’s Judiciary.

Apart from the evils of technicality as clearly seen in the case Senator Ademola Adeleke, the justice Nigerians expect should not resemble the 12 2/3rd ruling  in the presidential election petition between Alhaji Shehu Shagari and Obafemi Awolowo in 1979. That judgement was so out of limb and for representing a dark spot in Nigeria’s jurisprudence and in judicial decisions, it is hardly cited as a case law in Nigeria.

Despite all the odds, the 5 eminent jurists should be able to, in a justiciable manner, tell Nigerians whether or not the exercise substantially complied with the extant rules and regulations set out for it. And if it did, who indeed won.

Reassuringly, Nigerian judiciary has a pedigree which offers so much hope that the Tribunal would guarantee supreme fairness and firmness in their judgment. Many exemplary fearless and incorruptible judges have been created and haboured by the Nigerian judiciary over time. Nigerians can then justifiably expect that the successors are following in this same rich tradition despite the travails of the Judicial Arm of Government in the recent times. So, though doubts are growing over the independence and dependability of the nation’s Judiciary, they still deserve the benefits of the doubt. And only time shall tell whether this optimism is misplaced or not.

Nobody has to be a lawyer to understand when justice is served. Citizens know when served Justice ensures that applications of laws are both rational and proportionally applied, no matter whose ox is gored.

Nigerian Judiciary must always bear in mind that citizens expect justice to provide some predictability for things that are beyond their control, so that they can plan their lives and live with some peace of mind and security.  Justice is therefore important because it makes life possible in the complex world, and makes a nation a civilized society. Contrarily, Judgments without justice create the latitude for confusion, conflict and self-help.

For kudos, let be on record also that it is the Nigerian Judiciary that has so far sustained the nation’s democracy. The number of cases arising from elections in Nigeria is likely to be the highest in the world. It is quite shameful and an aberration that elections are decided by Judges and not by voters in our clime. However its positive side points to the fact that Nigerians still believe in the judiciary. This great confidence reposed in the nation’s judiciary needs to be protected by the Judges themselves in order to save and advance the nation’s democracy, and retain Nigeria as a nation of laws and not a nation ruled according to whims of men.

May God protect Nigerian judiciary and the nation’s hard-earned democracy!