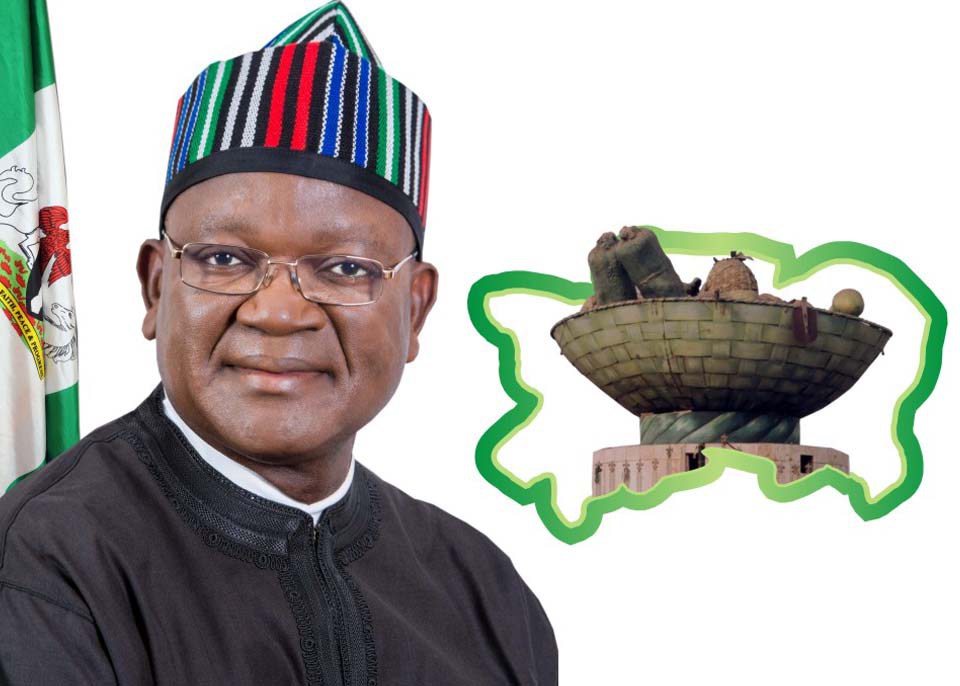 Speaking at the event, State Governor Samuel Ortom while declaring the event open urged the youth to take their academic work very seriously and also take advantage of the various youth empowerment programmes provided by various government agencies for their self sustenability and relevant to the society.

Ortom pledged to continue to defend the Benue people saying no meaningful development can happen in an atmosphere of chaos just as he advised the youths to be law abiding and avoid any form of lifestyle that does not conform with the culture and values of the state.

Also speaking, the first lady said she is excited about the day because it affords  stakeholders an opportunity to address issues affecting youth development and inclusion in national development.

She urged the youths to embrace creativity and increase their self motivation to achieve their dreams for a better future.

Mrs Ortom who emphasized that education without character is nothing urged the youth to shun all vices that limit their potentials pledging that the Samuel Ortom led administration will continue to fulfill its duties to the Benue youth.

Commissioner for Youths and Sports Development, Mrs Ladi Isegbe-Ajene urged parents to stop imposing career pass and positions on the children but to allow them choose a career where they have interest and passion.

She encourage the youths to engage in sports citivities for both mental and psysical development.

Commissioner for Education, Science and Technology, Prof. Denis Ityavyar described the youths as the fulcrum of development of the society and assured that the Ministry will implement the guidelines of the national council of education to ensure that they are provided with access to qaulity education.

A House of Assembly Member representing Makurdi South, Hon. Terwase Aondakaa said the celebration is apt as they youths are contributing their quota in all sector of the Nigerian economy.

He advised that to develop the Benue society, state government must develop an educational system that will address the needs of the youths.

Tarnongo who lamented that the fees  are very high said their parents are finding it too difficult to pay especially that most parents have two to three students to pay for at the same time.

The youth also called for improved facilities at the school such as expansion of lecture halls, provision of  public address systems to be used during lectures as well as more hostel accommadation for a better learning environment.

The youth leader also advocated that education should be made free for Benue children in primary and to junior secondary schools, (Basic 9) and thanked the first lady for helping the less privileged in the state.