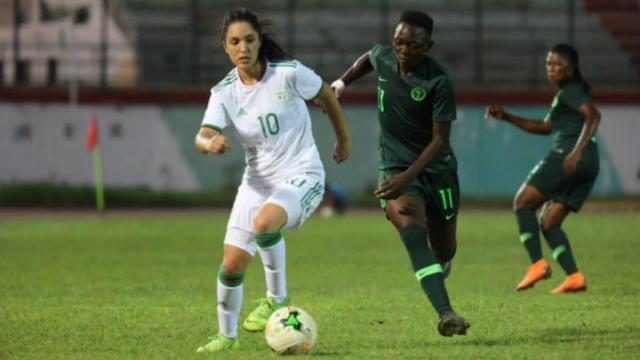 Algeria’s women’s team have landed in Lagos on Friday as they ready to upset Nigeria in the second leg of their second-round qualifier for the Tokyo 2020 Olympic Games.

The North Africans bowed 2-0 in the first leg against the locally-based composed Super Falcons in Bilda on Wednesday.

Following the defeat at the Stade Mustapha Tchaker, they left Algiers on Thursday evening to arrive in Nigeria’s commercial city.​

In Lagos, the female Desert Foxes will be staying at the Golden Tulip Hotel and will begin their training on Saturday morning.

Algeria hope to overturn a 2-0 deficit in Lagos, but they will miss Ben Aicouch Rahme due to an injury in the first leg.

They will face a mountainous task to shock the African champions after the arrival of six foreign-based stars, including Barcelona’s Asisat Oshoala, for Thomas Dennerby’s side.

The winner over two legs will play either Mali or Cote d’Ivoire in the third qualifying round in September and October.