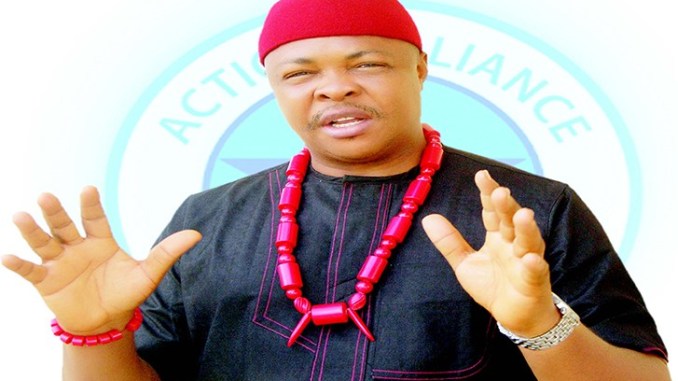 National chairman of the Action Alliance (AA) Kenneth Udeze, has been kidnapped by gunmen in Abuja.

The AA chairman was said to have been kidnapped Friday morning outside a Zenith Bank branch in Dutse Alhaji, Abuja.

Speaking to reporters after the attack, Genevieve, wife of the kidnapped AA chairman, said her husband woke up Friday morning and found several text messages indicating heavy withdrawals from his bank accounts that were not authorised.

According to her; “After suspecting his account had been hacked, he rushed to the bank to find out what happened. He was with his driver when he was kidnapped outside the Zenith Bank.”

She said the abductors took Udeze away in a black SUV, adding that “she was on her way to the police station to report the incident.”