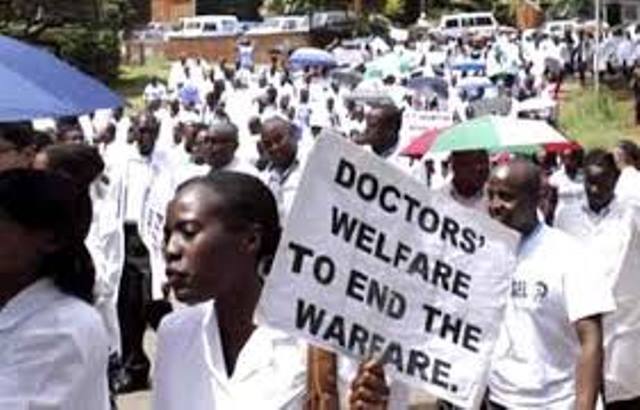 The Nigerian Medical Association, NMA, Abia State branch, was on Friday forced to call off her 2019 annual meeting and scientific conference holding at Umuahia following the news of the abduction of one of its members.

Chairman, Nigerian Medical Association,  Abia State, Dr. Mrs Ejiro Carol Iwuoha, had at the opening ceremony, said the theme of the conference, ‘State’s Health Legislation: Role in Effective Healthcare Delivery’, was chosen to reflect the significant role of the legislature in improving the state’s health indices.

Iwuoha commended the Abia State House of Assembly for passing into law the Abia health Insurance bill, called for the implementation to realize the “content and trust building in the project by healthcare providers.”

She explained that in solidarity with the kidnapped member (name not given), the Association was calling off the conference and urged the abductors to release him unhurt.

While declaring the conference open, Speaker of the Abia State House of Assembly, Chief Chinedum Orji, had pledged to liaise with the executive arm to ensure that months of salary arrears owed doctors in the State government are paid.

The Speaker who was represented by the member representing Umuahia South constituency, Chief Jerry Uzosike, lamented that the development was negatively impacting the health care delivery system in the State.

He explained that the situation was behind the investigation embarked upon by the House on some of the state owned health institutions, stressing that the exercise was not meant to witch-hunt anyone but to set things right in the health sector.

“People think we are witch hunting, no, we are not witch hunting anyone, but posterity will not forgive us if we neglect the oversight functions. Things will change in Abia State; we are going to come up with solutions.”