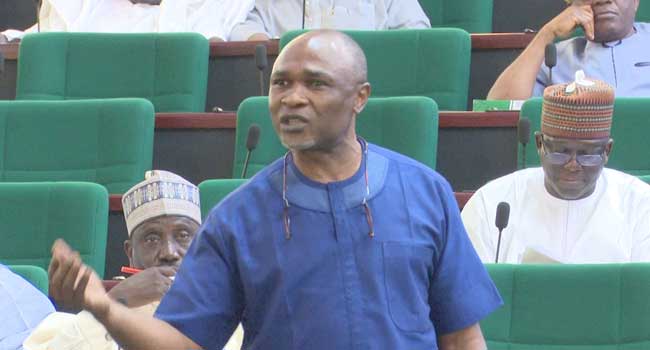 I, Rep. Kingsley Ogundu Chinda, a Member of the Nigerian National Assembly, representing the Obio/Akpor Federal Constituency in the House of Representatives, hereby urge the Federal Government-led by President Muhammadu Buhari to release Mr. Omoyele Sowere from its custody immediately and unconditionally and avoid the temptation to continue to disregard the principles of Rule of Law and Civilised Democracy.

Sowere is the publisher of the New York-based news agency, The Sahara Reporters and presidential candidate of the African Action Congress (AAC) in the February, 2019 presidential election in Nigeria. From media reports and other sources, the former student leader, well-known pro-democracy activist and seasoned journalist was reportedly abducted from his Lagos home at about 1.25 a.m. on Saturday, 3 August 2019 by heavily armed operatives of the Department of State Service (formerly State Security Service (SSS) evidently on the orders of the President and Commander-in-Chief of our country.

Sowere, like several other Nigerians is genuinely concerned about the apparent lack of progress in our collective democratic venture and its concomitant consequences on the economic and social conditions of our people. The government, consistently and persistently has shown her clear lack of foresight and political will to resolve the problems and set the country on the path of progress and prosperity. This palpable show of hopelessness and helplessness on the part of government has deepened the pervasive grievances amongst the population.

There is no part of our country today that is safe; the economy is getting better on paper but worse in reality; our political relevance in the comity of nations is speedily dwindling as Nigeria is seen as democratic joke and an example of the negativities in democratic practice and rule of law. Most unfortunately, the civic space in the country is rapidly shrinking. There is need to open it up through patriotic, constitutional and peaceful selfless civic actions which other democracies in Africa and the wider world are encouraging. Conversely, the present government sees all those who speak up about the ills in the society as unpatriotic Nigerians, the truth remains that only those who truly love this country, care enough to speak up about issues that truncate our collective democracy today and tomorrow in turn. If Sowore and hordes of his ‘Revolution Now Movement’ protesters, driven by non-partisan and patriotic zeal, have offered to widen the shrinking civic space through non-violent actions they should be protected by the State to do so, and NOT this undemocratic and unlawful man-hunt, branding their actions as mutinous.

Even under the dreaded military dictatorships in the country, pro-democracy groups and even the detained Sowore participated or led non-violent protests. I also led or participated in several pro-democracy protests and struggles as a student leader and public interest lawyer which lead to the birth of our fourth republic democracy. Several members of the present Executive Arm, including President Muhammadu Buhari participated in peaceful public protest on the streets of Nigeria; they issued threats/warnings to the government of the day and sponsored the ‘Occupy Nigeria’ protest. That was democracy in practice, why have all these suddenly become a crime against the State today, when our laws are still the same. Democratic rule allows aggrieved and patriotic citizens to organize civic actions to draw the attention of government to issues that affect our collective growth as a nation.

I am deeply concerned about this consistent undemocratic, unconstitutional, primitive and needless offensive on patriotic acts aimed at nipping pro-democracy movements in the buds and cowing all voices of dissent or opposition. I wish to remind us that if we continue to bottle the pains and agonies of our citizens, it is very likely to explode without warning as “he who makes peaceful change impossible, makes violent change inevitable”. It is in our collective interest that Nigeria remains as one indivisible entity; we need to draw strength from our diversity; we need to lead or serve our country in line with the rule of law.

Drawing strength from Section 35(5) (b) of the Constitution of the Federal Republic of Nigeria, I urge the government to immediately and unconditionally release Omoyele Sowere from the state custody, having been detained for more than two (2) days without trial. The government must respect her constitution and other international laws she has assented to, particularly the African Charter on Human and Peoples Rights. The government must protect her citizens and not resort to these persistent harassments and acts of intimidation that have continued to heat up the polity and lead to avoidable loss of lives and properties of our people.