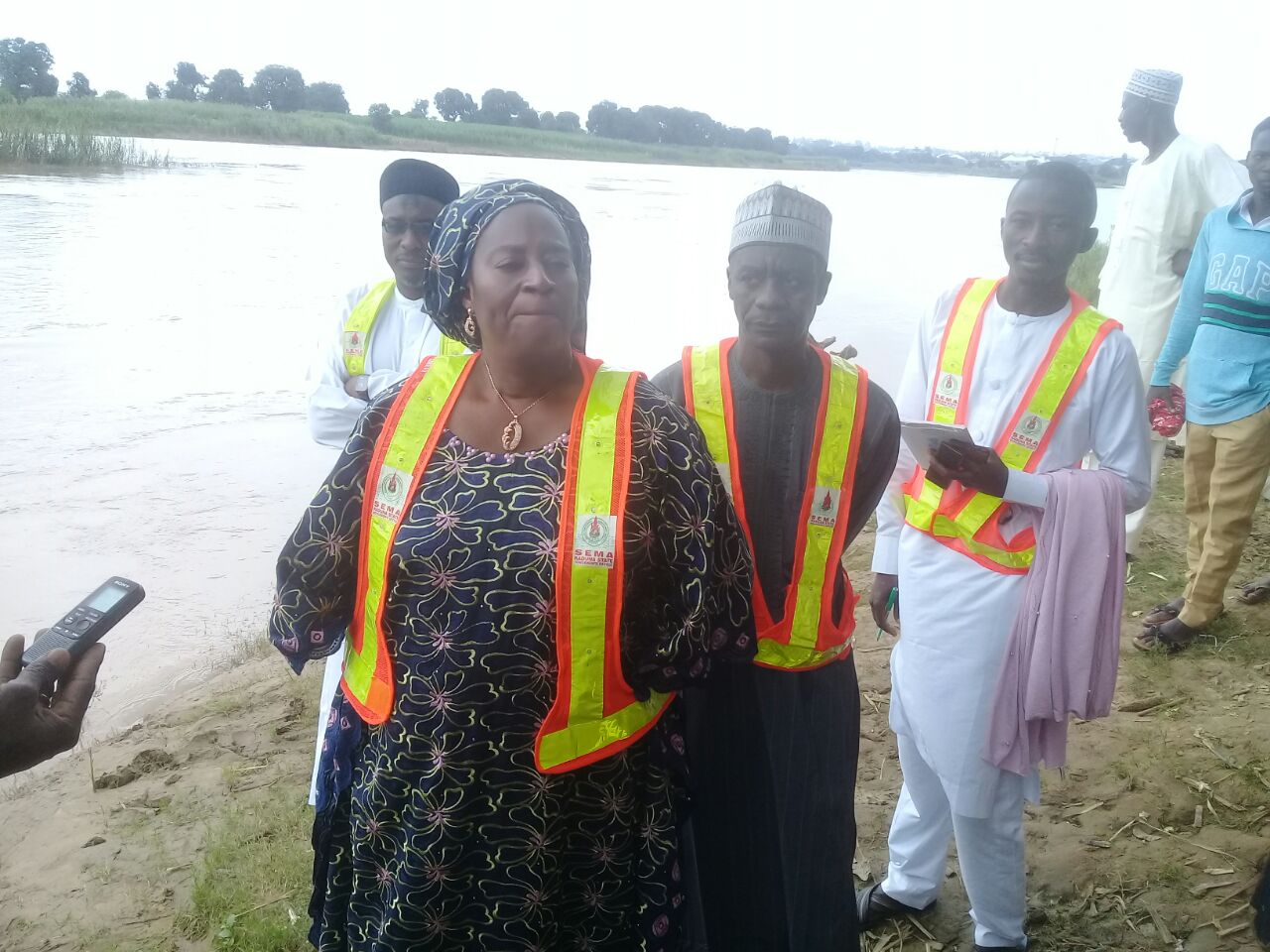 The Executive Secretary Kaduna State Emergency Management Agency (SEMA), Mrs Maimunatu Abubakar, says improper waste disposal is still the major cause of flood in the state.
Abubakar said this in Kaduna on Monday while visiting flood prone areas within the metropolis.
The News Agency of Nigeria (NAN) reports that the executive secretary visited Kigo Road, Ungwar Rimi and Rafin Guza Areas.
According to her, the visit is necessary to know the contributing factors that lead to the reoccurring flooding in the state.
She said the agency had being sensitising residents on proper waste disposal, but who still keep dumping refuse at river banks thinking the rains will wash them away.
“I have seen for myself the contributing factors at Ramat Close, Kigo Road where residents and traders dump refuse at river banks.
“There are remedies to avert flooding by the residents that if being followed would help in minimising damage caused by flood,” she said.
She said after going round the flood prone areas the agency would collaborate with various stakeholders to create more designated dumpsites in those areas.
Abubakar said residents are already panicking and moving out of their homes and schools in those areas due to fear of flooding.
She called on residents to `move to higher grounds’ adding that there is no compensation that can replace anyone’s life.