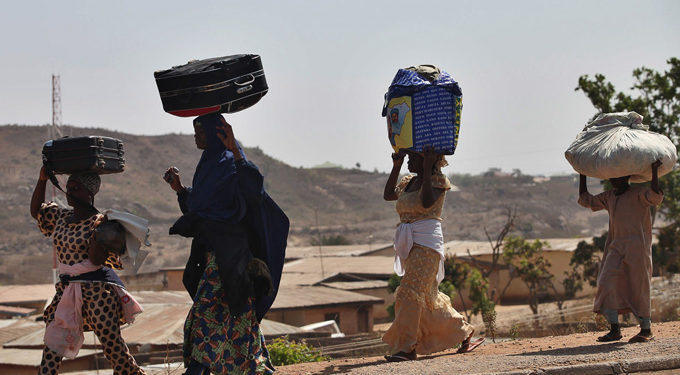 The Police Command in Zamfara has confirmed the killing of 34 persons following an attack in Tungar Kafau and Gidan Wawa communities in Shinkafi Local Government Areas of the state.

The Public Relations Officer of the command, SP Muhammad Shehu in a statement in Gusau on Sunday, said the bandits launched the attack on Friday.

Shehu said the State Commissioner of Police, CP Usman Nagogo was among the state government delegation led by the Deputy Governor, Mr Mahadi Aliyu-Gusau, to the affected villages for burial of the deceased.

“The CP has already directed the combined security personnel deployed to the area to improve and sustain the ongoing bush combing of the affected areas and its environs for possible arrest of perpetrators of the dastardly act.

“He further directed the Command Criminal Investigation department (CID) to conduct discreet investigations with a view to unravelling the circumstance behind the crime.

“Whoever is involved in this dastardly act will be made to face the full wrath of the law. Normalcy has been restored in the affected communities,” he said.

According to him, the command in collaboration with other security agencies have made adequate security arrangements for all villages and communities in the state.

He appealed to members of the public to always give the police credible and timely information as well as report strange and suspicious characters for prompt action.