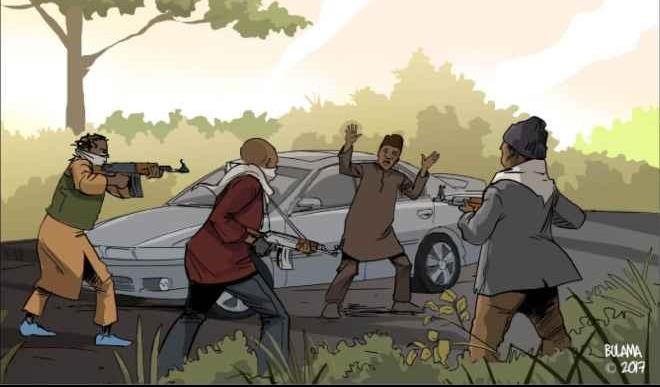 Police in Taraba have confirmed the abduction of Mrs Abigail Gambo, wife of the state NLC Chairman, Mr Peter Gambo and Mr Emeka Okoronkwo, owner of Our Nation Bread company in Jalingo.
The Police Public Relations Officer in the state, DSP David Misal, confirmed the incident to News Agency of Nigeria (NAN) on Thursday in Jalingo.
Misal said the victims were abducted in their houses in Magami area of Jalingo, thestate capital at about 1:00 am on Thursday.
“It is confirmed that two people were kidnapped and one injured by gunmen in the early hours of Thursday in Jalingo,” he said.
The Nigeria Labour Congress (NLC) chairman, who also corroborated police confirmation, said he was shock as they all scampered for safety.
According to him, “they whisked my wife away to an unknown destination after shooting sporadically in the compound,” he said.
Gambo explained that he had submitted a written report to the police on the incident, saying the kidnappers had yet to contact him for ransom.
He also said that the owner of the bakery, his neighbor, was also kidnapped.
NAN gathered that Okoronkwo’s security guard was shot in the leg during the incident and was receiving treatment at the Federal Medical Centre (FMC), Jalingo.