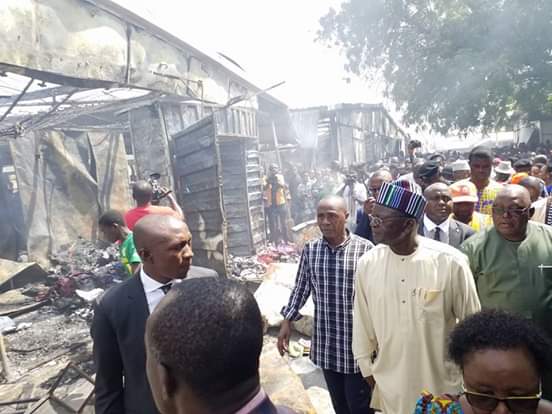 Traders at the Makurdi Modern market have continued to count their loses after a fire outbreak razed 200 shops at a section of the market destroying goods and properties worth millions of naira.

Benue state Governor Samuel Ortom has however paid a sympathy visit to the victims to assess the level of damage done at the market where he donated the aum of N50 million to the direct victims of the inferno to cushion the effect.

As at the time of writing this report, the cause of the fire was still unknown but a cross section of traders to our correspondent that the fire started at about 7pm on Tuesday.

A shoe dealer popularly know as Batho lost two shops to the inferno. He said he was called to rush to the market after the fire had started but before he got to the market, the fire had already spread and he was a not a now to salvage anything.

When Governor Ortom visited the marked Wednesday morning, the Secretary of the Board of Trustees, of the market, Mr. Emeka Ofoegbu said the inferno started at about 7pm yesterday and consumed two blocks housing 200 shops and destroyed goods and property worth millions of naira.

He expressed sadness that non of the  security men at the market was not aware of how and when the fire started.

The Ter Makurdi, Chief Sule Abenga described the fire incident as a set back to the entire state and her economy saying the market has always served the needs of the entire state.

He appealed to the government ensure free access to all parts of the market for prompt response to such occurrences by fire service workers just as he callled on the federal government to assist state government and the traders rebuild the market. 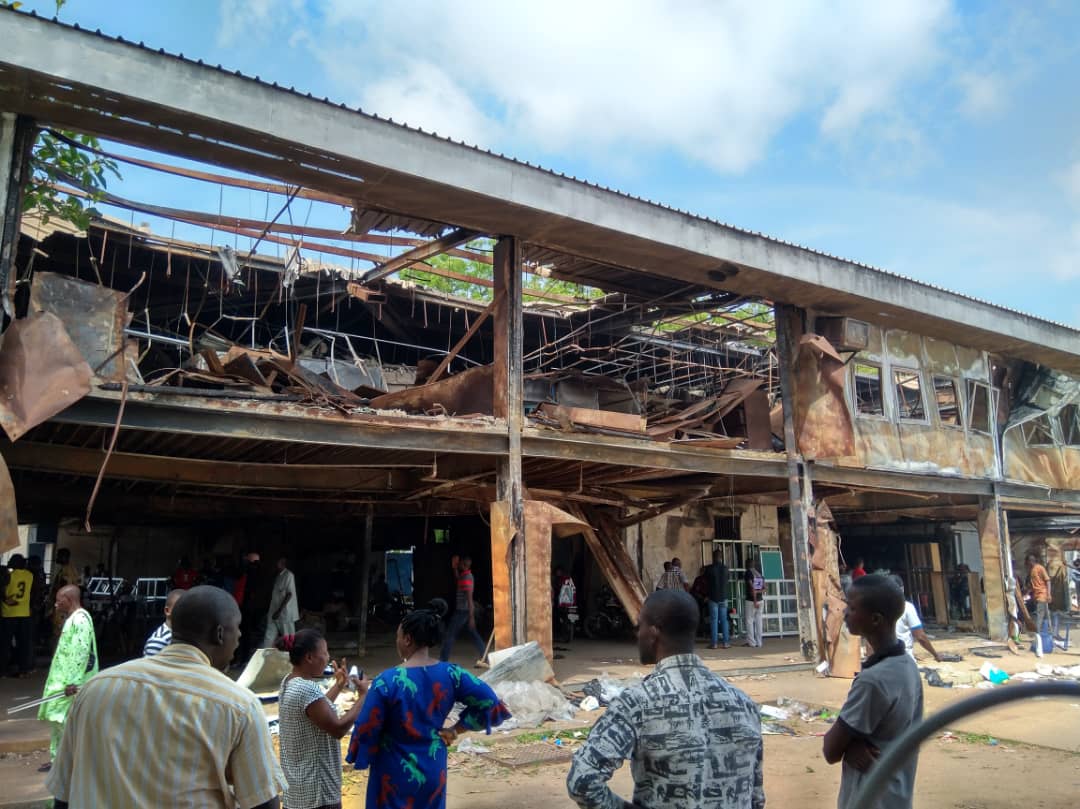 During the visit, Governor Ortom described the incident as unfortunate,  the loses incured by the victims and prayed God to open other opportunities for them.

He however thanked God that no life was lost, even as he reprimanded some restive youths who used the unfortunate incidence to loot, urging them to repent or reap in full measures of what they had sown.

The Governor who recalled recent fire disaster at Gboko and Wadata Markets said it was one fire too many especially that the Modern Market fire is occurring for the fourth time.

The Governor said a Commission of Inquiry would be constituted to unravel the cause of  frequent fire incidence at the market with a view to suggest ways of reconstructing and safeguarding the market from fire outbreaks.

He commended security agencies and men of the fire service for their prompt responses which curtailed the extent of damage and looting, adding that the board of trustees should meet with relevant government agencies to resolve issues regarding the suspension of union activities with a view to lifting the suspension.