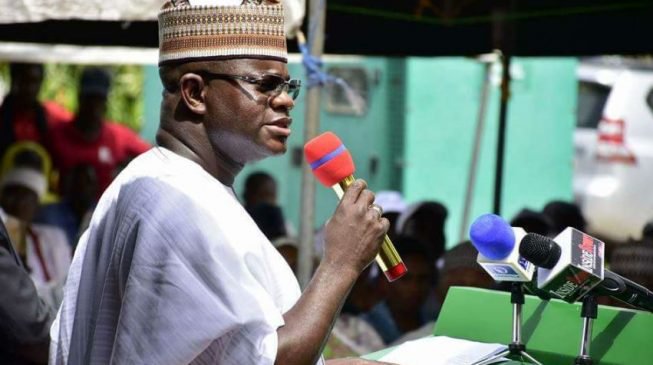 President Muhammadu Buhari on Wednesday told traditional rulers from Kogi State to go home and let the people decide who should be governor in the forthcoming election scheduled for November 16.

Buhari stated this during a very brief meeting with a delegation of the monarchs who accompanied Governor Yahaya Bello to the State House to seek the President’s support for his reelection.

A source in Kogi State Government House alleged that the monarchs smiled home with N2.5 million after the Abuja.

A very dependable source in the Presidential Villa who was at the meeting which lasted for seven minutes said the Obaru of Kabba, who is chairman of Okun Council of Obas, presented their request by introducing Governor Yahaya Bello to the President.

The Kabba traditional ruler said that they had come to seek the support of Buhari for the reelection of Bello.

While thanking the delegation for the visit, the President then told them to “go back home and let the citizens of Kogi state decide as power truly resides with the people.”

The Ohinoyi of Ebiraland and traditional father of Governor Yahaya Bello, was said to be conspicuously missing from the meeting.

Kogites believed that the monarch from Ebiraland was dissatisfied with the performance of Bello in office and had, as a man of conscience, decided to stay behind rather than make the trip, because he cannot be bought over.