Gov. Dave Umahi of Ebonyi says that there is no plan to establish Ruga settlement in any part of the South-East and South-South zones of Nigeria.

Umahi disclosed this in a statement by his Chief Press Secretary, Mr Emma Uzor, in Abakaliki on Sunday.

Umahi explained that the South-East zone did propose a deal with the members of the Miyetti Allah Cattle Breeders Association (MACBAN) as panecea to achieving lasting peace between farmers and herdsmen.

He, however, denied any plans by governors of the zones to cede any part of their land for Ruga settlement.

He said: “There is no plan for any Ruga settlement in any part of South-East and South-South zones; but we made a proposed deal with MACBAN that can allow the zone to become very good business with sale of grasses to the herdsmen in exchange for meat.

“There will be no part of the South-East that will be given out for the purpose of establishment of Ruga, the zone is purely agrarian with limited landmass for farming and therefore can not accommodate Ruga establishment.

“We actually proposed a deal with MACBAN to take their cattle to the Northern parts where grazing reserves were established long time ago and rely completely on the grasses grown in the South for feeding of their cattle.”

Umahi, who was the Chairman of Technical Committee on Farmers and Herdsmen clash carved from the National Economic Council headed by Vice President Yemi Osinbajo, said that the committee had recommended the revamping of existing grazing reserve in Nigeria. 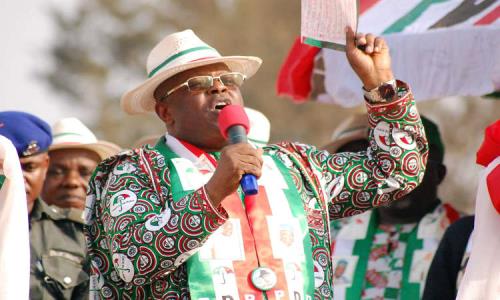 He said that revamping of the already existing grazing reserves in various parts of the North as recommended by the committee was to enable farmers have unhindered access to their farmlands while herdsmen rely solely on proceeds from the farmers.

Umahi was the Chairman of National Economic Council sub Technical Committee on farmers and herdsmen clash and he toured the states of Benue, Taraba, Nasarawa, Adamawa, Zamfara and others.

“Part of committee’s recommendations to the federal government was the revamping of grazing reserves in the North where all the cattle rearers in the South will take their cattle to these places and rely on the grasses that are grown in the South.

“The way it works is that the herdsmen will bring down their cows to the South-East and sell to us as meat while they will load the grasses which are grown here in the same vehicles with which they transported their cows to feed their cattle in those grazing reserve.

“With this proposed deal, herdsmen are expected to embrace anti open grazing by returning to the ranches in the North and do their business on the trade by barter basis of selling cows to the South and buying grass to feed their cows in the North.”

Umahi further called for tolerance among youths of various ethnic nationalities to solve the problem of hate speech.

He admonished Igbo youths on peaceful coexistence and urged them not to insult their leaders who were doing everything possible to protect them from any form of internal and external aggressions.

NASS has given the Accountant General 60 days to recover N665.8 billion

IPOB accuses Army of ‘overreaching itself’ in ‘war against Igbo’