The people of the community woke up to behold the body of the deceased who was drowned and dumped at the boundary between Osete and Ugwuakwu villages in Umuchu community by the flood.

Source said that the deceased who was a trader at Nkwo market, Umuchu, had on the fateful day, at about 7pm, shut his shop as it was raining heavily and left for home but midway fell into a deep drainage system that was filled to capacity and got drown in rampaging flood.

He said that his whereabouts were not known by his family until the following morning when a search party recovered his body.

In a swift reaction, the state Chairman of the Civil liberties Organization, (CLO) Mr. Vincent Ezekwueme attributed his untimely death to the rehabilitation of the Umuchu road by the state government, alleging that the drainage system was not properly channelled by the construction firm. 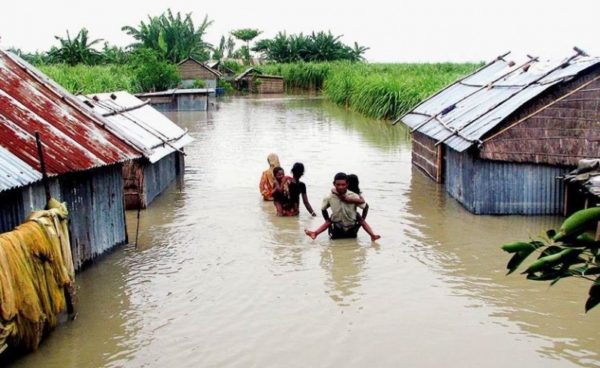 While thanking government for the project, Ezekwueme said: “It may not be unconnected with the construction work going on at Umuchu by the state government.

“There should be proper channelling of the flood. This man had closed his shop and left because it was raining heavily and darkness was fast approaching not knowing that it was death that was knocking on the door until he was washed away by the devastating flood.”

He said that the body had since been deposited at a morgue in Umuchu.