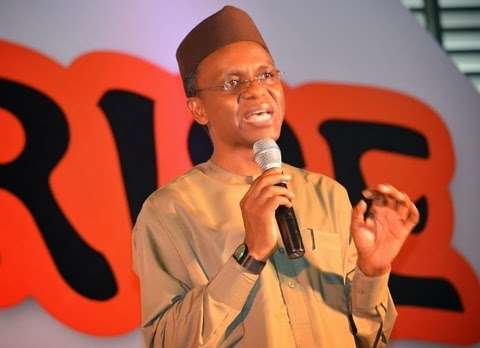 Gov. Nasir El-Rufai of Kaduna State, on Thursday in Kaduna signed a Memorandum of Understanding (MoU) with China Civil Engineering Construction Corporation (CCECC) for the road component of the Kaduna Urban Renewal Project.

In his speech at the event, the governor said it would be the most comprehensive urban renewal project in the history of Kaduna state.

“These investments will improve our competitiveness, support economic dynamism and promote the well-being of our people. Similar projects are envisaged for our two other main cities, Kafanchan and Zaria.”

According to him, the Kaduna Urban Renewal Project is in response to the accelerated urbanisation of the state capital.

” Our state capital now straddles four local government areas: Kaduna North, Kaduna South, Chikun and Igabi. These metropolitan areas are projected to be home to more than half of the state’s population by 2050,” he said.

He disclosed that the project would make Kaduna a friendly home to its residents, a safe place to live in, equipped to support and promote the livelihoods of citizens.

” Kaduna city has grown tremendously in the 100 years since its founding. But public infrastructure in the city has not kept pace with the vast increase in its population.

“Neither has infrastructure followed its expansion into new districts.

“We acknowledge that the existing infrastructure is not robust enough to support the current population, let alone cater for the projected population,” he said.

He therefore said that the project would address the challenges that exist in delivering urban infrastructure.

“It is an accelerated, coordinated, integrated and sustainable urban renewal project that will position the State as a choice place to work, live and play.

” Along with ongoing social sector investments in education and healthcare, concrete upgrades in housing, transportation, energy systems and other infrastructure will create jobs, improve the welfare of our people and enhance economic activity,” he added.

According to him, the project has 14 components among which are roads, mass transit, housing , improved land use, street lights, parks and recreational centres.

Others include markets, neighbourhood centres and waste management.

He noted that, the roads component of the Kaduna renewal project will open up the city, connect communities and create alternative routes to reduce travel time, from north to south, and east to west.

“This will have a multiplier effect on housing, business and social development. It is also expected to promote integration across communities and enhance unity.”

He said the renewal project will begin with the construction of seven new roads spanning 23.4kms within Kaduna metropolis.

“All the roads selected are based on the Max Lock Master-plan for Kaduna city. Fourteen existing roads will also be dualised or upgraded.

” New roads will connect Kabala Costain to Aliyu Makama Road in Barnawa and Malali to College Road. A new 9.65kms road will connect Rabah Road to Nnamdi Azikiwe Road (the Western By-pass), with a link to the Rigasa train station.

“Another 5.73km road will connect the Umaru Musa Yar’Adua road in Millennium City to the Eastern By-pass.

“While the the urban renewal project will dualise WAFF Road, from the NEPA Roundabout to Essence Junction.

He explained that the roads captured represent a significant investment in the present and the future of the capital city.

El-Rufai stressed that the roads would be constructed and delivered to world-class standards in reasonable time, with markings, solar lighting and shoulders.

“That is why we are today signing a Memorandum of Understanding with CCECC to build all the new roads and upgrade the existing ones.

“It is my understanding that CCECC will today flag-off the 5.73kms road project to link Millennium City to the eastern By-pass.”

“The road projects will also embrace the demands of our mass transit programme.

“Kaduna needs to upgrade beyond the rickety cabs and rickshaws (tricycles) that pass for public transportation in the city.

“Kaduna Renewal will bring to fruition our long-held aspirations for a mass transit system.”

He disclosed that the Kaduna State Transport Regulatory Agency (KADSTRA) will unveil its chosen operator for the bus mass transit when it concludes the selection process.

“The responsible agencies will similarly update the public on their mandates for delivering Kaduna Renewal.”

The governor called on the public to support the delivery of the projects for the benefit of all adding that, widening the roads will require the removal of buildings and attachments in the public interest.

” Construction work will also impose some temporary inconveniences” he said.