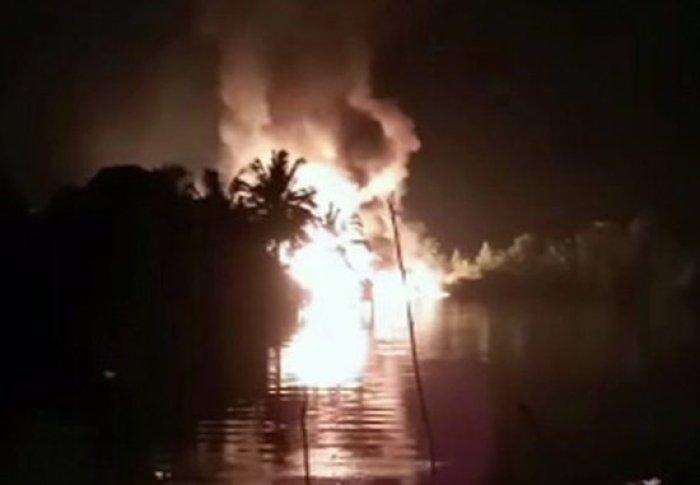 Aiteo Eastern Exploration and Production says it is compelled to shut down the 97 kilometer Nembe-Bonny oil export pipeline due to discovery of additional leaks.

Mr Mathew Ndianaabasi, Spokesman for Aiteo, announced the shutdown of the facility in a statement on Monday pending the tracing and fixing of the additional leaks on the line.

News Agency of Nigeria (NAN) recalls that the oil firm had announced the restart of oil exports from the facility on May 3 after fixing the identified leaking point.

Also, the Commander of the Joint Task Force in the Niger Delta, Rear Admiral Akinjide Akinrinade, while inspecting the vandalised line stated that six suspected vandals that breached the line on April 21 died in the fire that followed the explosion.

Ndianaabasi said that oil spill response team has been deployed to the leakage area at Awoba in Rivers to contain the oil discharged into the environment.

According to him, less than 24 hours after starting up the NCTL from repairs of identified leak points occasioned by activities of oil thieves, 2 new leak points were reported along the line near Awoba Riser Manifold.

“Our emergency response process was immediately activated, and containment boom deployed to limit oil spread on bodies of water whilst efforts to identify cause of incident and repair has been initiated.

“Consequently, all injectors have been advised in accordance with NCTL shutdown procedure to shut-in production into the NCTL immediately.