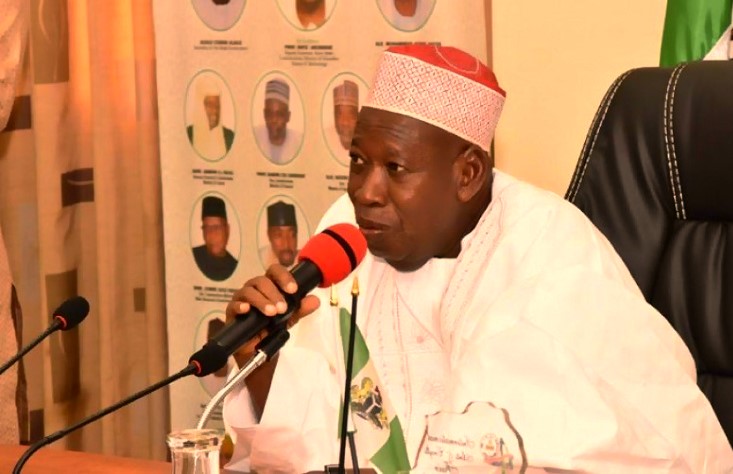 Kano state governor, Dr. Abdullahi Umar Ganduje describes the re-election of the Managing Director and Editor-in-Chief, Telegraph Newspapers, Mrs. Funke Egbemode as President of Nigeria Guild of Editors (NGE) as a return for stout leadership and dogged commitment to journalism excellence in Nigeria.

He says Mrs. Egbemode’s re-election was borne out of her remarkable and worthy contributions to best journalism practice in the country, particularly during her first tenure in office.

‘’I am thrilled by her uncommon commitment to the advancement of journalism and adherence to the ethics of the profession. Your re-election must certainly be hinged on your leadership qualities and successes your have recorded as a purebred professional, ‘’ the statement adds.

He expresses the sanguinity that her leadership for another two years would further elevate journalism to an enviable standard and boost the image of the Guild.

Governor Ganduje also describes the emergence of Malam Umar Sa’idu Tudun Wada, an ace broadcaster as Vice President of the Guild as clear testimony to his astute leadership trait and prudent knowledge in the management of affairs of people and equally congratulates Ibrahim Garba, Kano Bureau Chief of ThisDay Newspaper as chairman of the correspondent Chapel of the Nigeria Union of Journalists (NUJ).

While applauding members of the Guild for organizing a rancour-free election and emulate other professional bodies and association to take a cue from the seamless transition by the NGE, the governor reminds the media of its crucial roles in peace particularly at this time when the nation is passing through a challenging period of threat to security of life and property.

The governor notes that the Guild should work assiduously in making sure that the media collaborates and co-operates with the government in building and sustaining the nation’s democracy as well as upholding the principle of fair hearing, engage in investigative and in-depth reportage of events and ensure an egalitarian society where all shades of interests and opinions are given opportunities to air their views.