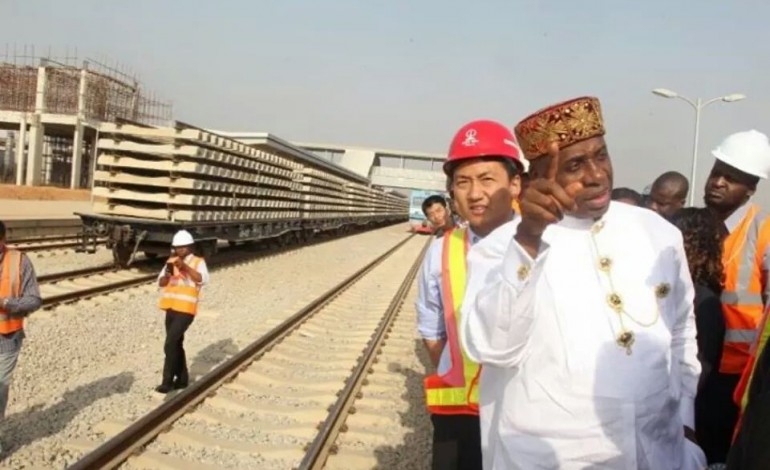 The Minister of Transportation, Mr Rotimi Amaechi, says the support and commitment of President Muhammadu Buhari to the development of transport infrastructure led to his achievements in the last four years.

Amaechi disclosed this during his valedictory news conference on Thursday in Abuja.

He said that the interest of the president was the yardstick for the performance of any minister.

“The president’s commitment to developing rail infrastructure was the secret behind our success in the ministry of transportation,’’ he said.

On rail projects, Amaechi said Abuja-Kaduna Rail line and Lagos-Ibadan line were the biggest achievement of the government, adding that other rail projects had also achieved appreciable level of progress.

He also disclosed that the government achieved milestone in maritime transport especially the repositioning of the Maritime Academy of Nigeria (MAN) Oron in Akwa Ibom.

He added that a lot had been achieved in the inland waterways, adding that the ports were reorganised for efficiency.

In aviation, the minister explained that two of the four international terminal buildings in Port Harcourt and Abuja airports were completed while others in Kano and Lagos were at various stages of completion.

On national carrier, he said that the cabinet was divided on the issue of modality, explaining that there were those who believed government should invest and then sell the equity later.

According to him, there are also those who believed in getting investors in and giving them the franchise of Nigeria Airways or Air Nigeria.

“That is where we are and that is what held it down. But as for whether it is still in our plan, it is and has not been abandoned,” he said.

Amaechi also stated that the current administration had achieved a lot in ensuring the safety of the nation’s airspace.

On road transport, he said the sector was the most confusing in terms of building and management, saying that the government was working towards harmonising it.