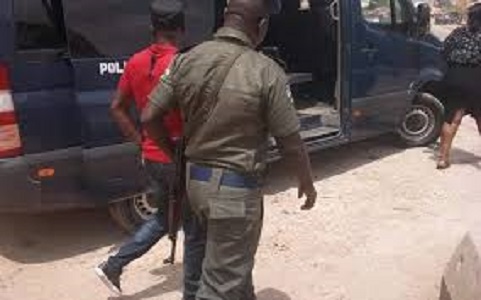 The Anambra State Police Command have arrested one Nweke Chijioke, a pastor, for allegedly kidnapping an 11-year-old boy.

Chijioke was arrested alongside his accomplice, Samuel Emeka at Awkuzu in the Oyi Local Government Area of the state.

The suspects, a native of Awkuzu, was said to have kidnapped the boy at Umoubi community in the company with his accomplice.

The spokesman of the Anambra Police Command, Haruna Mohammed said the pastor was arrested with his accomplice while trying to run away with their victim, adding that the victim was rescued and is in good health.

“Suspects had at about 4:30pm on Wednesday allegedly abducted one Ikechukwu aged 11 years at Akwuzu Umoubi and bundled him inside their vehicle boot.”

According to Mohammed, the case was being investigated, adding that the suspects would soon be charged to court.