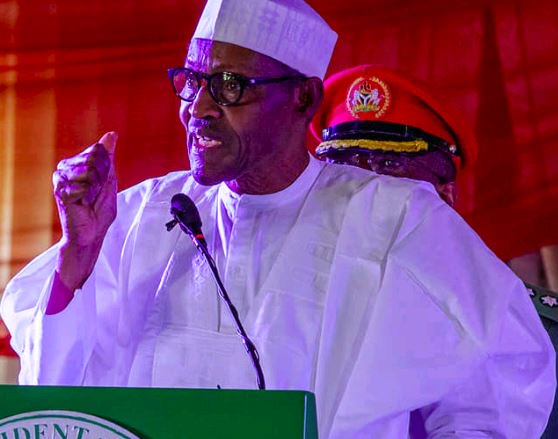 President Muhammadu Buhari on Tuesday reiterated that no part of the country, regardless of its geographical location or political leaning, would suffer neglect during his administration.

Buhari disclosed this at the inauguration and handing over of Erosion/Flood Control and Road Improvement projects at the Federal University Dutse, Jigawa.

The President, who was represented by the Minister of Interior, retired Lt.-Gen. Abdulrahman Danbazau, said that the project was one of the ecological intervention programmes approved for the first quarter of 2018.

He added that it was approved by the Federal Executive Council on August 8, 2018, with a completion period of six months.

“It was fully completed in March 2019. The project is expected to check flooding menace within the university campus,” he said.

The President said that the completion of the project has also underscored the Federal Government’s concerted effort and sincerity of purpose in tackling environmental problems in the country.

“Today’s project inauguration  and handing over must be commended as it will offer the community an opportunity to take ownership of the project in order to ensure its care, maintenance and stability.

“I, therefore, call on the benefiting community to see the projects as yours, jealously guard it and prevent dumping of refuse in the constructed drainage channels,” he said.

In her remarks, the Vice-Chancellor of the university, Prof. Fatima Batul-Muktar, said that provision of infrastructure such as roads and drainage network was critical to the development of tertiary institutions.

“Federal University Dutse has had problem of road and drainages within its permanent site since establishment in 2011.

“Movement of pedestrians and motorists within the permanent site which constitutes ninety per cent land area of the university was a nightmare, especially during rainy season.

“Relief however came in August 2018 through the Ecological Fund Office with the award of contract for erosion/flood control and road improvement works in the university,” she said.

Also spesking, the Deputy Governor of the state, Mr Hassan Ibrahim, promised that the state was always ready to assist  the university  whenever the need arises

He lauded the Federal Government for the gesture and contractors, CONTECH Engineering Ltd., for timely completion of the project.