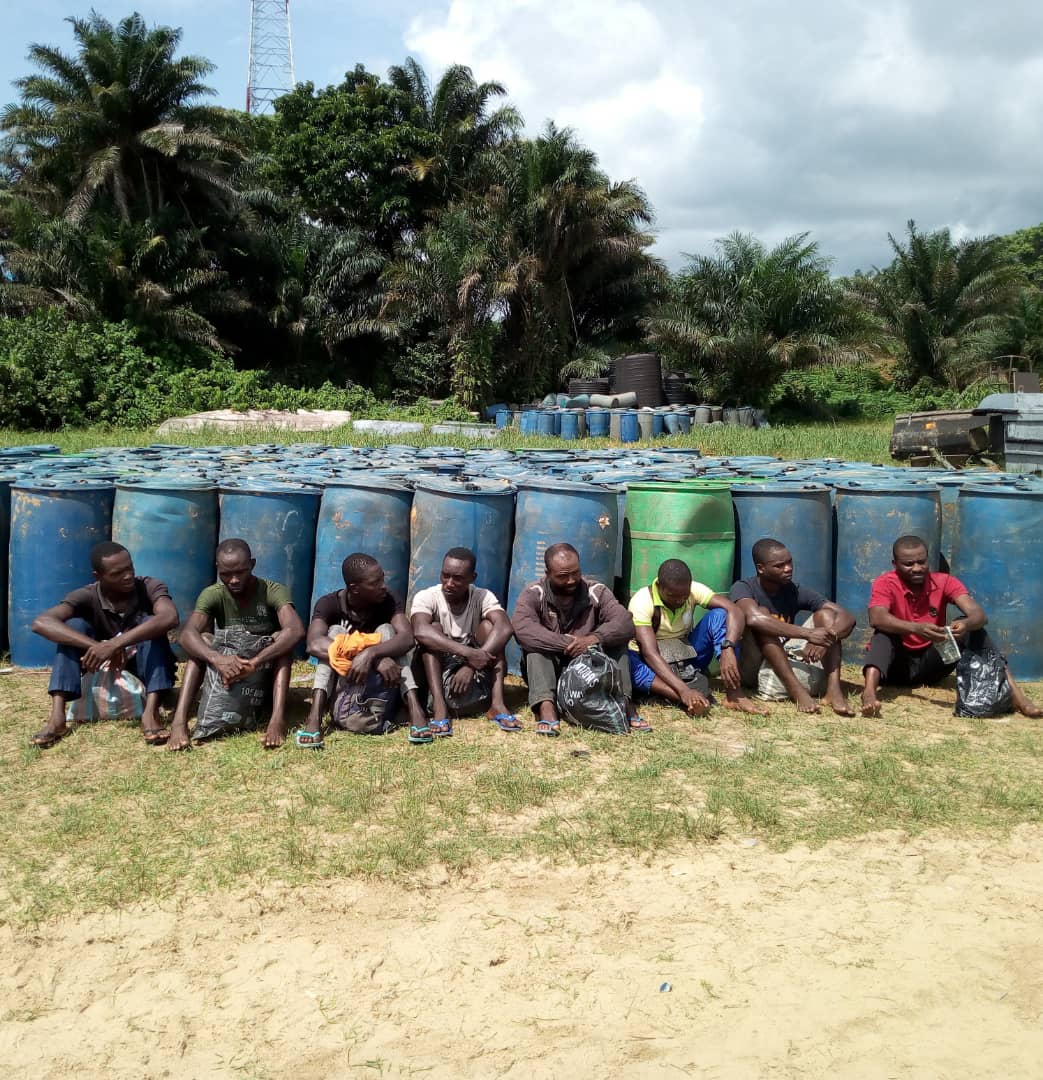 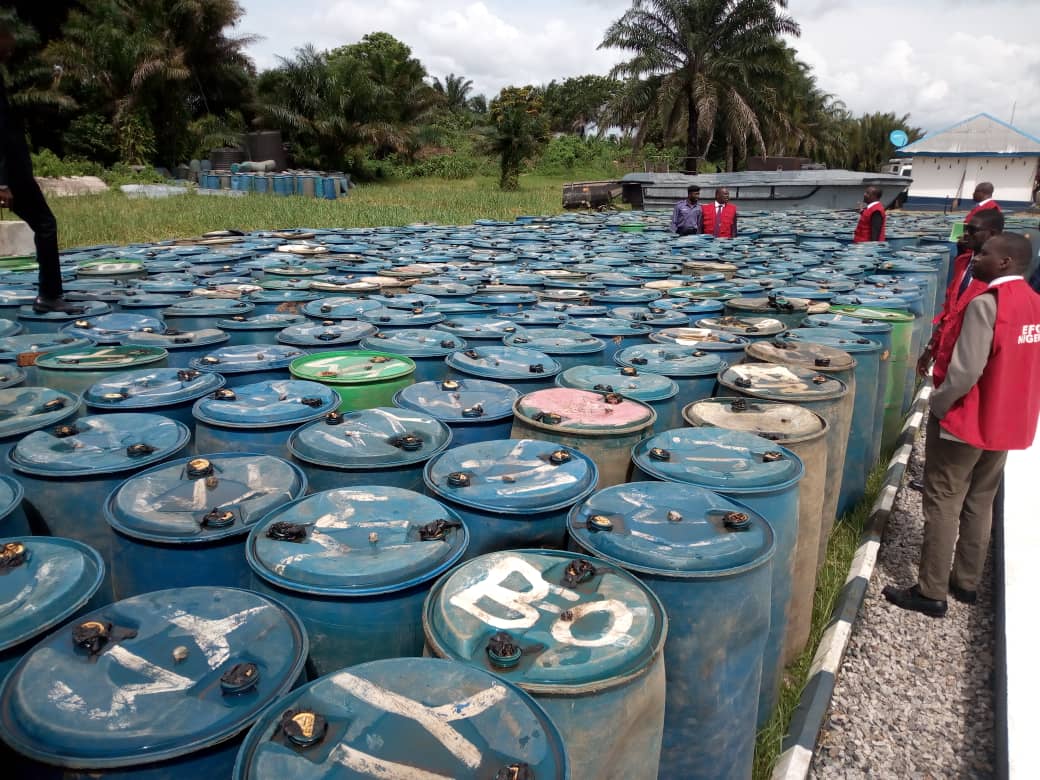 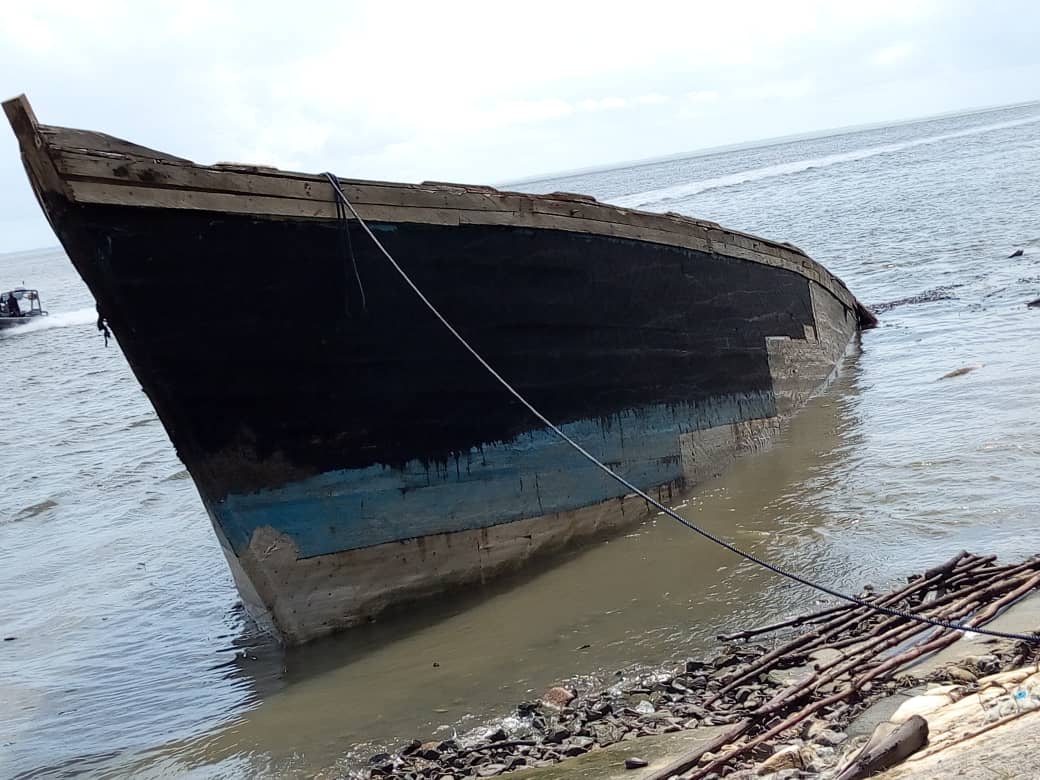 The Deputy Zonal Head of the Uyo Office of the Economic and Financial Crimes Commission, EFCC, Alex Ebbah, on April 8, 2019, led a team of operatives to the Nigerian Navy Forward Operating Base (FOB) Ibaka, Mbo Local Government Area, Akwa Ibom State, to take over of a large wooden boat used in conveying 501 drums of petroleum products suspected to be Automotive Gas Oil, AGO.

At the time of arrest, eight crew members were onboard the wooden engine boat along with the 300 litre in 501drums, which were used in conveying the product.

While handing over the suspects, product and boat to the EFCC, Navy Captain R. O. Adoki, the Acting Commanding Officer, FOB, Ibaka, said that the suspects were arrested by men of the Nigerian Navy from his Command, while on patrol on April 5, 2019.

“They were arrested onboard the large wooden boat moving along the Calabar Channel towards Oron River while they were on a patrol team with a gun boat,” he said.

According to him, the boat was loaded with 501 drums of suspected AGO with the market value estimated to be about N35 million.

“From their statements, they loaded the suspected products from Iyorokoto community in Rivers State and were conveying them to Oron when they where arrested,” he added.

In his response, Ebbah gave assurance that proper investigation will be carried out, and those culpable will be made to face the full wrath of the law.