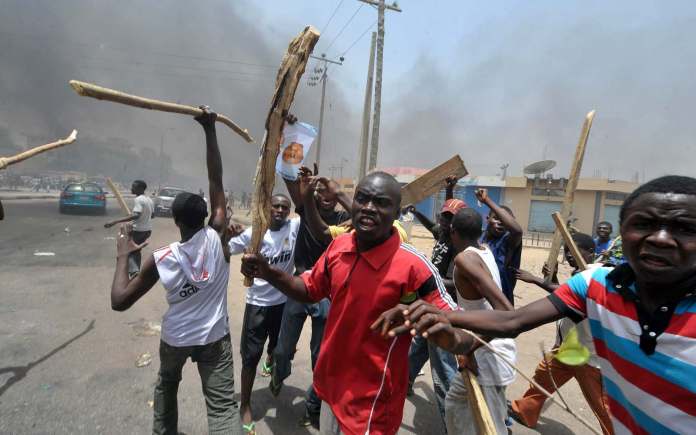 The Peoples Democratic Party (PDP) laments the escalated insecurity,
particularly the killings, rising spate of kidnapping, banditry and acts
of terrorism in various parts of the country, particularly the northern
states.

The party is heavily grieved by the pain, anguish and horror Nigerians
have been subjected in the hands of marauders following the failure of
the President Muhammadu Buhari’s administration to provide adequate
security in the country, despite the huge resources at its disposal.

The PDP also tasks the All Progressives Congress (APC) to give account
of the whereabouts of the political mercenaries it imported into the
country from neighboring countries, particularly from Chad and Niger
Republic during the build-up to the 2019 general elections.

This demand is predicated on fears in the public space of the possible
involvement of the imported political thugs, who assisted the APC to
unleash violence on Nigerians during the elections, in the heightened
acts of banditry in our nation.

Nigerians could recall that the PDP had raised a red flag on the dangers
of the heavy importation of unscreened aliens by the APC to involve in
its presidential election campaign rallies. The PDP and other
well-meaning Nigerians had expressed fears that such aliens could be
used by unpatriotic elements to unbridle violent acts against Nigerians.

The party lamented that the Federal Government has failed to exert
enough commitment in protecting the lives of Nigerians and curb the
bloodlettings and kidnapping of compatriots in Zamfara, Borno, Yobe,
Kogi, Kaduna, Taraba, Adamawa, Plateau, Bauchi and other states.
We have been proved right that President Buhari and the APC do not
believe in their campaign promises.

The PDP notes that by every indication, the President Buhari-led Federal
Government has no solution to the security challenges of our nation,
which has festered under its incompetent watch.

This is the very reason Nigerians are anxious for the retrieval of our
stolen Presidential mandate, which they freely gave to Atiku Abubakar,
at the tribunal, so that our nation can have the benefit of a purposeful
government that is alive to its responsibility of ensuring the security
and wellbeing of the Nigerian people.