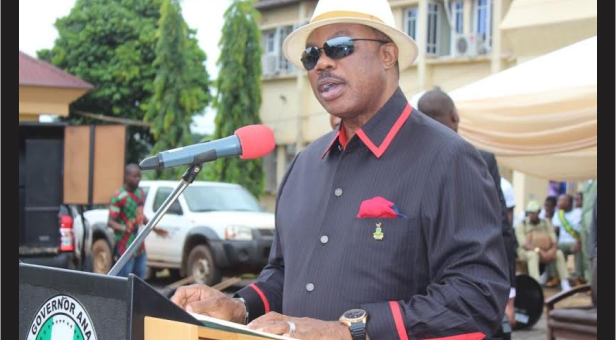 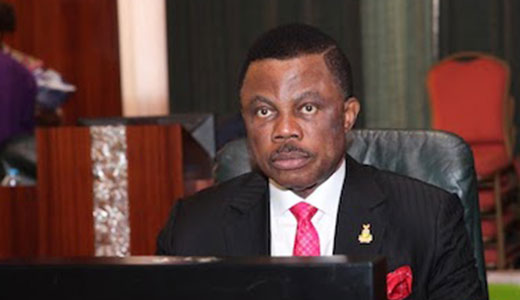 It is no longer news that Anambra has since Governor Willie Obiano’s leadership become perhaps the most competitive state in Nigeria. What may be news is that the state is far from resting on its laurels. In fact, it is determined to increase its competitive edge. And from all indications, it is succeeding.

Let us consider two separate events which occurred within one week recently. St John’s Science and Technical College at Alor in Idemili South Local Government Area of the state won the Bronze Prize in the 9-day International Festival of Engineering, Science and Technology which took place in Tunisia from March 21 to 29. Contestants in the festival came from 40 countries, including technologically advanced ones like the United States. The annual festival is meant for people between 14 and 24 years and it is to encourage young scientists to apply their creativity to the solution of problems in their environment.

Represented by Ogonna Meshack Ugwuishi, Anthony Onyedika Chuka-Umeora, Daniel Chukwualuka Nwachukwu and Dominic Chukwuagozie Machi, St John’s College, a Catholic school funded by considerably by the state government in a partnership which other governments in Nigeria should study and emulate, participated in the physics section.

The performance of this school, which was for decades in a mess until the state government came to its rescue, is obviously reminiscent of the feat which another school from Anambra State achieved on the world stage eight months ago. On Thursday, August 9, last year, students of Regina Pacis Model Secondary School in Onitsha, another Catholic school funded by the state government in a Public Private partnership (PPP), won the Golden Prize in the 2018 Global Technovation Competition in Silicon valley, California, with the internet application they developed to detect fake drugs, a serious social problem in Nigeria and a global scourge. They beat their counterparts from far more technologically advanced nations like the United States and Turkey.

At the time St John’s students were making global headlines, the Anambra State government was being rewarded for excellence in another field. On April 3 at the Presidential Villa in Abuja, Vice President Yemi Osinbajo led the Federal Government to honour five states which have in the last one year improved more than others in the ease of doing business. The list includes, of course, Anambra State. What is more, the young and brilliant Anambra State Commissioner for Economic Planning and Budget, Mark Okoye, received a prize for leading the reforms in the state.

The vice president must have long grown accustomed to rewarding Anambra State for what is now known as its culture of excellence. Last September 28, for instance, he led the Federal Government to bestow the first prize in the immunization campaign in the country on the Anambra team led by Deputy Governor Nkem Okeke and Health Commissioner Joe Akabuike as well as the Executive Secretary of the Anambra State Primary Healthcare Agency, Dr Chioma Ezenyimulu. And it was the vice president who in the first week of last September received the victorious Anambra Golden Girls from Regina Pacis at State House.

Dr Okeke, the Anambra State Deputy Governor who received St John’s students on behalf of Gov Obiano who was not around, is right to observe that “the progress we are making shows that if you focus on a sector and show some seriousness about what you are doing and put the right people in charge, the results will come in”.  In 2016, Anambra State represented Nigeria in the World School Debate in Germany and took the third position. It had in a previous contest beaten a highly regarded 80-year old Catholic convent school in Singapore.

In 2017, Loretto Special Science School, a Catholic school in Adazi, Aniocha Local Government Area funded by the government in a PPP, won the first prize in a performance evaluation conducted by the Federal Ministry of Education of all senior secondary schools in the country. Queen of the Rosary College, Onitsha, took the first in the junior secondary school category. Mr Clement Okodo of Abagana Central School in Njikoka Local Government Area took the first prize among teachers. And Mrs Grace Ezenwa of Awada Primary School 1V received from President Muhammadu Buhari last October a brand new Hyundai car for emerging the overall best teacher in Nigeria in 2018 while Dr Uju Ifegwuani of Anglican Girls Secondary School in Onitsha, another school funded by the state government, took the fourth position.

Anambra State has also been excelling in such areas as security, enhancement of workers’ welfare, poverty reduction, rice development, infrastructure development and implementation of World Bank projects, among others. Governor Obiano has understandably become the most decorated governor in the nation, with awards almost daily coming in from respected international bodies. The Nigeria Labour Congress and the Trade Union Congress have gone out of their way to praise him, officially naming him the most workers’ friendly governor.

Senator Ben Murray Bruce of Bayelsa East has noted:   “There is something to be learned from Anambra. Is it their policy? Is it their budgeting practice? Is it their sense of community? Whatever it is, it is working! The Federal Government and other states should study what Anambra state has been doing right and replicate it nationally Anambra proves that Nigeria does not need oil to thrive. What Nigeria needs to thrive is education. What is under the ground of this nation is chicken change compared to what is between the ears of our people.”

The Hon Agbodike, PhD, represents Ihiala2 in the Anambra State House of Assembly.