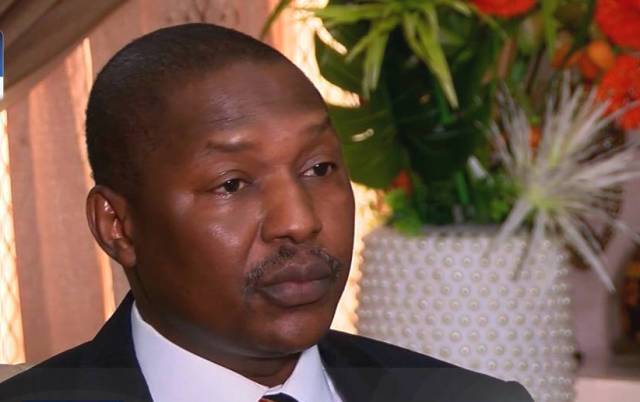 The political crisis rocking the ruling All Progressives Congress in Zamfara State on Wednesday deepened as the Minister of Justice and Attorney General of the Federation, Abubakar Malami, wrote the Independent National Electoral Commission (INEC), asking it to postpone the National Assembly, governorship and state houses of Assembly elections in the state.

The letter addressed to INEC chairman and dated February 13, 2019, a copy obtained by this newspaper, the AGF said his advice was as a result of the decision of the Court of Appeal in Sokoto, which ordered all parties return to the status quo in the Zamfara APC primaries crisis.

The justice minister cited sections 38 and 39 of Electoral (Amendment) Act 2010 to support his advice to the INEC chief.He said that the postponement will enable the Zamfara APC to field candidates for all the positions.Malami said the his letter to the INEC was precicpited by a petition written by Magaji A. Mamood (SAN).

Earlier on Wednesday, a Court of Appeal in Sokoto has struck out an appeal challenging a State High Court judgment that validated the primary elections conducted in Zamfara.