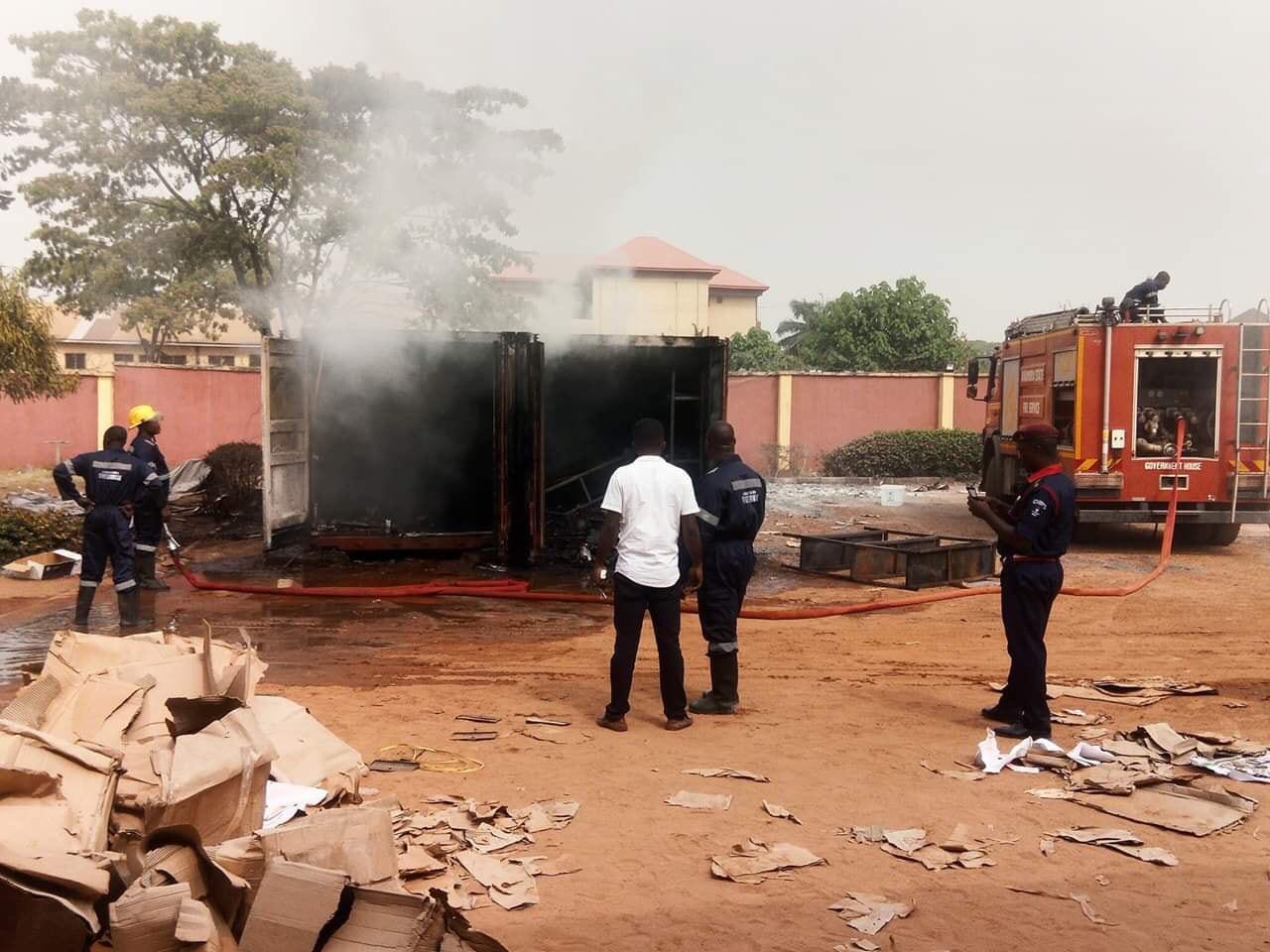 The Peoples Democratic Party (PDP) says fresh facts available to it have
shown that the All Progressives Congress (APC) is responsible for the
burning of Independent National Electoral Commission (INEC) offices in
various parts of the country.

The PDP already has the details of how the APC mobilized misguided
elements in its fold to burn INEC offices and destroy electoral
materials and equipment in Plateau, Abia and Anambra state.

Our party is also privy to clandestine plots by the APC to burn INEC
offices in some other states, so as to paralyze the commission’s
operations in such states, and pave the way for the isolation and
postponement of Presidential elections in those states; after which it
plans to unleash compromised security agencies to muzzle the shifted
polls in favour of President Muhammadu Buhari.

Having realized that President Buhari has no chance in a credible, free
and fair general election, the APC now plots a violent staggering of the
polls so as to use security forces to re-enact the same rigging formula
it used in the 2018 Ekiti and Osun governorship elections.

In attacking INEC offices and destroying the card readers, APC seeks to
cripple the commission’s use of full benefit of technology that will
guarantee a credible biometric voter accreditation.

The PDP therefore charges Nigerians to resist the desperation of the
APC, for which it has now resorted to burning INEC offices. The party
also charges INEC to note that the APC is after it facilities and as
such put stronger measures to protect itself from the assaults of this
desperate party.