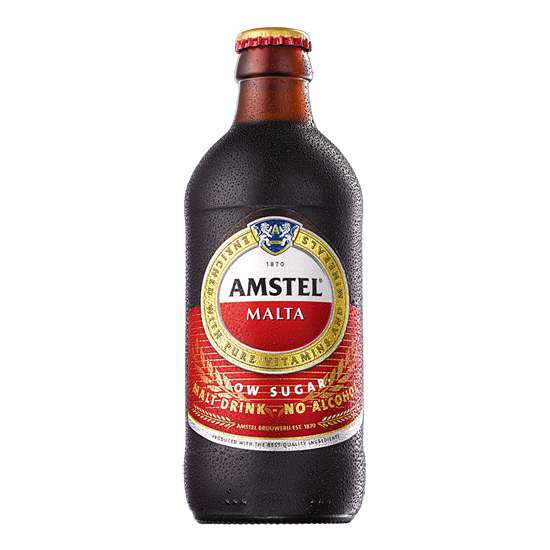 A Benin High Court, presided over by Honourable Justice Esohe Ikponmwen, has declared that the “low sugar” inscription on Amstel malt is nothing but ‘trade trick.’

Justice Ikponmwen so declared on Tuesday, while delivering judgement in a case instituted against Nigerian Breweries (NB) plc, manufacturer of Amstel malt by Prof. Ernest Izevbigie.

Izevbigie, a Professor of Biochemistry, had accused the company of inscribing misleading information, “low sugar,” on the cans of one of its non-alcoholic drinks, Amstel malt.

He said that a laboratory investigation revealed that the product contained more sugar than the company claimed in the inscription on the brand.

The claimant who is a former Vice Chancellor of Benson Idahosa University, Benin, urged the court to order the company to tender a written apology to him as he had been injured by the deception.

He had also prayed the court to pronounce that the inscription on the product was misleading to the public.

Delivering judgment, Ikponmwen, the Chief Judge of the state, ordered the company to tender unreserved apology to the claimant and members of the public who might also have been lured by the “trade trick” of low sugar on the can.

She submitted that NB should have indicated that the sugar content contained in Amstel malt was lower than other beverage non alcoholic drinks rather than the “low sugar” inscription.

Ikponmwen however held that evidence before the court showed that the sugar content of Amstel malt was between the approved 10 per cent and 15 per cent of sugar by the regulatory bodies.

The Judge held that while she might not grant the request suggesting that the information was deceitful, she noted that it was a “trade trick” competition taken too far by the NB.

She held that the claimant’s request urging the court to hold that Amstel malt was a normal non alcoholic drink and not low in sugar ‘succeeds.’

“The defendant is ordered to apologize to the claimant and other public consumers in Nigeria for making them to erroneously believe that Amstel malt is low in sugar within 30 days from the date of this judgment,” she held.