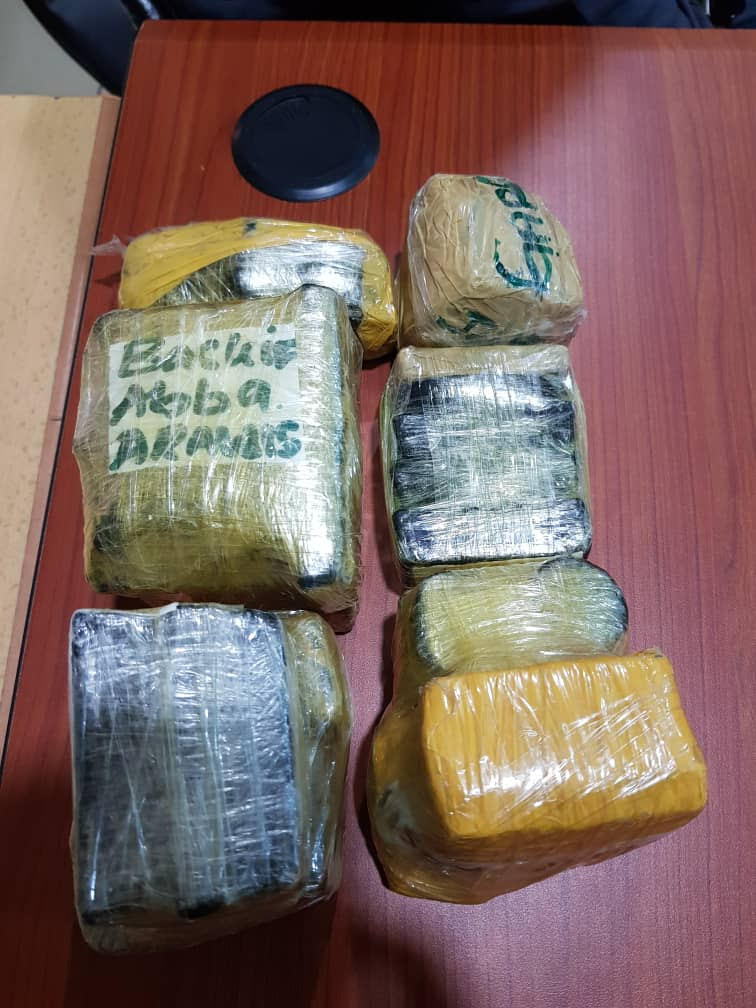 Loading ...
Operatives of the Economic and Financial Crimes Commission, EFCC, have intercepted gold worth about N211 million being illegally transport through the Murtala Mohammed International Airport, Lagos en route Dubai.
Following intelligence report, the operatives on November 9, 2018 uncovered the gold weighing about 35kg just at the point of departure of a suspect currently in the EFCC’s custody.
Investigations are currently ongoing to unravel his accomplice behind the illegal movement of the goods. Meanwhile, the suspect is cooperating with operatives.
It will be recalled that the EFCC also in March 2017 intercepted bags containing a total of N49 million being illegally transported out of the country through the Kaduna International Airport.