Former presidential aide, Reno Omokri, has questioned President Muhammadu Buhari’s declaration of June 12 as the official day for the celebration of Democracy Day in Nigeria.

Recall that TheNewsGuru had reported that Buhari also conferred a posthumous GCFR title on the late Chief Moshood Abiola, who won the June 12, 1993 election which former President Ibrahim Babangida annulled.

Reacting to the development, Omokiri who called Buhari’s declaration on June a joke also stressed that it is unbelievable that the President [Buhari] only considered late MKO Abiola for a national title after publicly praising his jailer, late Head of State, Gen Sani Abacha.

His words: “In desperation for the Southwest vote, he has declared June 12, Democracy Day a d given MKO Abiola a post humous GCFR. What hypocrisy! This was a man who served Abacha while Abacha jailed Abiola. This was a man who praised Abacha, Abiola’s jailer!” 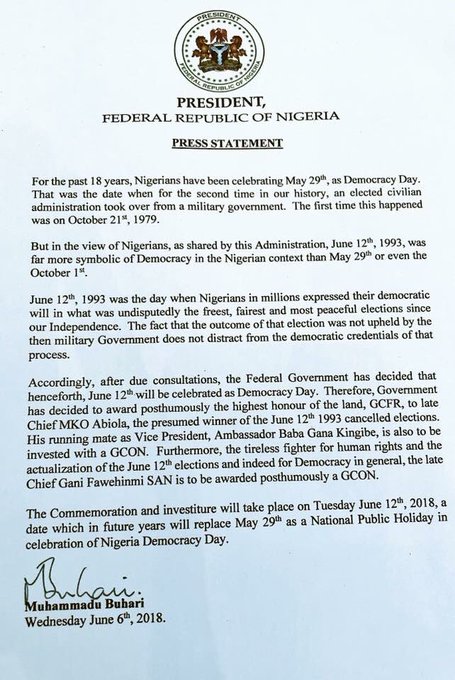