An Enugu State Government White Paper on the report of the Judicial Commission of Inquiry into Land Allocation in Enugu State has revealed how an Enugu-based lawyer, Mr. Tagbo Ike and his syndicate forged documents and defrauded Nigerians and the State.

Notable among the victims of the syndicate were Nigeria’s former Vice President, the late Chief Alex Ekwueme, the late Hon. Justice Augustine Nnamani, and Air Marshal Ibrahim Alfa (Rtd.), among others.

The revelations were contained in petitions by the Advancement of Literacy and Leadership (CALL), an Enugu-based Civil Society Organisation (CSO), to the Attorney General and Commissioner for Justice of Enugu State, and the Speaker of the State Assemblyi, demanding the immediate prosecution of the syndicate in accordance with the recommendation of the government white paper.

In the petitions both of which were dated 20th March 2018 and signed the its Director of Strategy, Ude Ekene Emmanuel, the group threatened to embark on street protests and also occupy the State Assembly complex should the matter be further swept under the carpet.

CALL said: “Please, recall that the Government of Enugu State inaugurated a Judicial Commission of Inquiry into Land Allocations and Other Related Matters from 1stJanuary 1994 to May 1999.

“In the words of the white paper, “The Commission found that there existed a close-knit fraudulent syndicate, which operated in the Ministry of Land and Housing between 1993 and 1999. That the syndicate specialized in faking (forging) tax receipts and certificates, notices of revocations, letters of allocation, etc. The syndicate specialized in dispossessing people of their land allocations through the above mechanism….

“It observed that the gang had, among other activities, used one tax receipt in their respective names to secure allocation of plots of land between 1994 and 1999”.

“Specifically, for instance, Barrister Tagbo Ike’s file number is identified by the white paper as LEN: 19470, while the number of the single tax receipt he used in securing plots of land between 1994 and 1999 for several people is given as 004396.

“The Commission, therefore, recommended that ‘the Hon. Attorney-General/Commissioner for Justice should prosecute the above-named members of the syndicate for fraud and that he also prosecutes for offences disclosed by other applications, particularly the presentment of fraudulent Tax Clearance Certificates’”.

“Therefore, we pray the Office of the Attorney-General of Enugu State to immediately prosecute Barrister Tagbo Ike and his accomplices for forgery and other fraudulent practices as recommended by the Judicial Commission of Inquiry and sustained by the government White Paper, failing which we will mobilise the good people of Enugu State to embark of street protests until your office does the needful”.

The CSO lamented that it was “saddened that this White Paper is yet to be implemented as there is no hope of a bright future for Nigeria when persons indicted of such weighty criminal offences allowed to prowl the society free”. 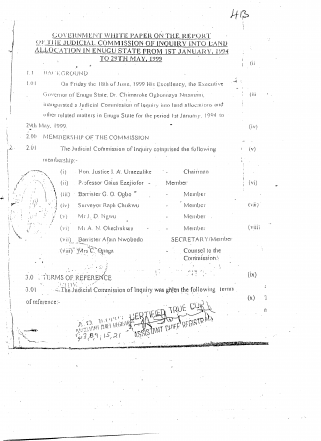 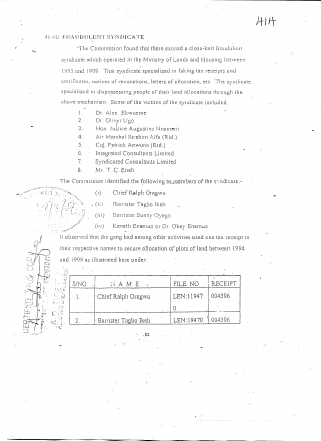 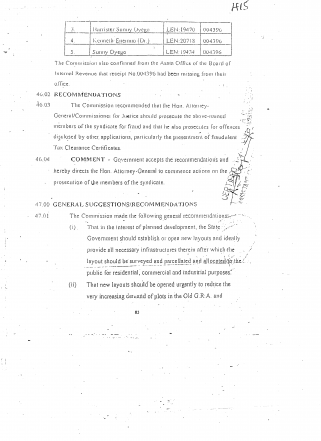 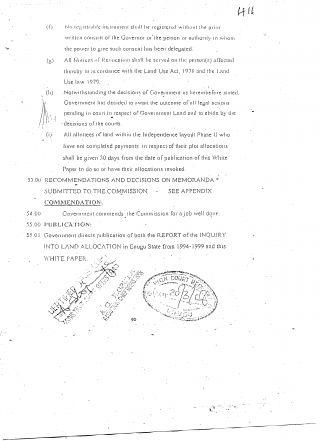