For the First Time in 7 Years, Sade Has a New Song, And It’s for Ava DuVernay’s A Wrinkle in Time

Ava DuVernay celebrated a cosmic contribution to the soundtrack to her A Wrinkle in Time adaptation on Twitter today, out from Disney on March 9. After a seven-year absence (at least from the world of musical debuts), the inimitable Sade Adu has new music for the film, delivering a track called “Flower of the Universe.” The rest of the lineup features Sia, Kehlani, and DJ Khaled with Demi Lovato, among others, but Sade’s inclusion is a true event. Yes, we’re excited for Oprah, Reese Witherspoon, and Mindy Kaling to share the same screen. Yes, we’re ready for the sweeping New Zealand vistas DuVernay shot to create the magical world of the classic young adult novel. But we can’t wait to hear the Nigerian-British “Smooth Operator” after what seems like an eternity; it feels like Madeleine L’Engle would approve. 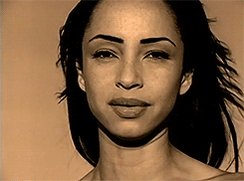 I never thought she’d say yes, but asked anyway. She was kind giving. A goddess. We began a journey together that I’ll never forget. Proud to announce that Sade has created an original song for WRINKLE IN TIME. It’s entitled “Flower of the Universe.” And it’s a dream come true.