Israel Isuman-Hundley could be the new Nigerian nightmare for offenses

If the 6-5, 230-pound defensive end is selected next year for the game, he will have come the farthest of any of the players in the least amount of time. 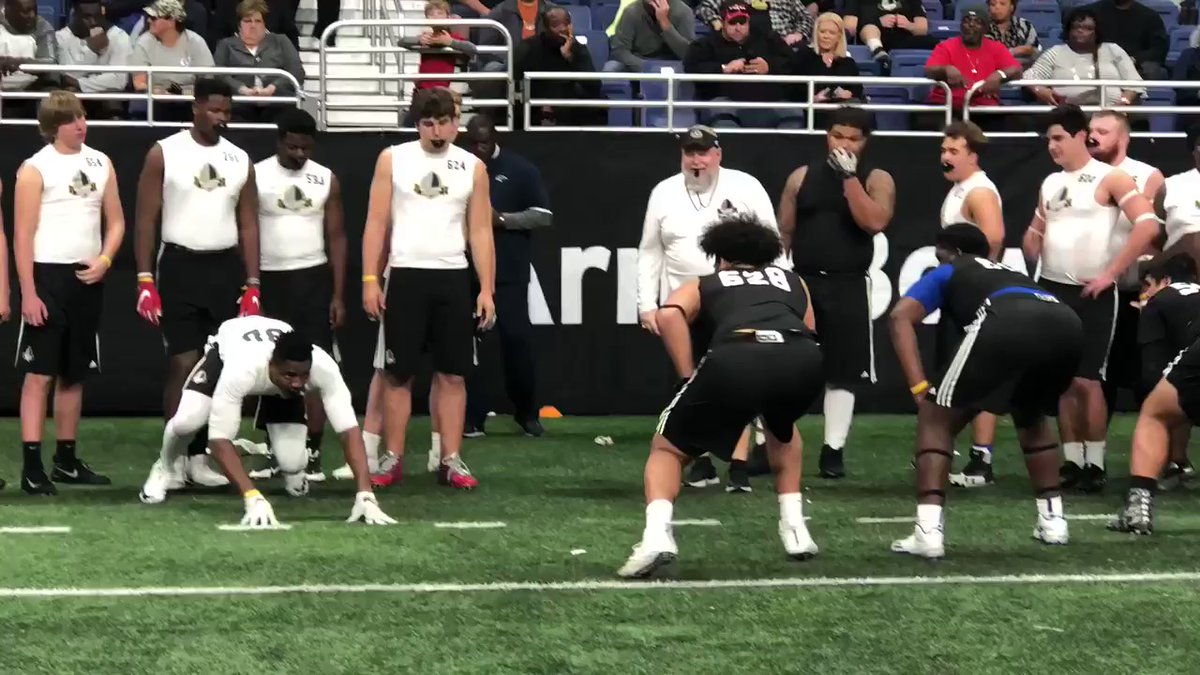 Isuman-Hundley was playing basketball at a camp in Nigeria when he was encouraged to come to the United States to play for basketball for a small private high school in Florida. While that didn’t work out, after playing basketball for the Team Texas eighth and ninth-grade AAU squads, he wound up at Liberty, where coaches looked at his frame and 4.6 speed in the 40 and saw a football player.

The only problem is the only football he had played is called soccer over here.

“I didn’t know anything about football,” he said. “When I was in Nigeria, that’s not what we called football. At first, they put me at wide receiver, which didn’t work out well.”

POLL: Who will be named East MVP?

POLL: Who will be named West MVP?

MORE: Everything you need to know about the Army Bowl

The first day that Liberty Christian coach Barton Hundley threw passes to his new player, he broke his pinkie.

“So, he said, go for defensive end. It wasn’t that easy, but I was able to eventually get it,” Isuman-Hundley said.

This past season, his first full season on varsity, the junior had 60 tackles, four sacks and 31 hurries.

He has offers from Baylor and Oklahoma State and he said Texas A&M, Notre Dame, and Texas Christian are starting to show some interest.

The combine had its share of elite players, but players such as Isuman-Hundley and DeLand, Fla., wide receiver Dionte Marks are the ones who can benefit most from the attention. Marks topped the participants Friday with a broad jump of 11-2, better than most of the receivers at the 2017 NFL combine.

Marks, who is 6-2 and 178 pounds, has offers from Florida Atlantic and Virginia Commonwealth and interest from Oregon and Florida, but Friday’s performance will bring bigger offers.

Marks was a second-team all-area wide receiver as a junior with 23 catches for 444 yards and seven touchdown catches on a 2-7 DeLand team this past season.

“It was a downhill season because everybody wasn’t working together,” Marks said. “I have to keep focused and keep putting in work.”