Home Reports Interviews “Now That The Position Of The SGF Is Vacant, An Igbo Man... 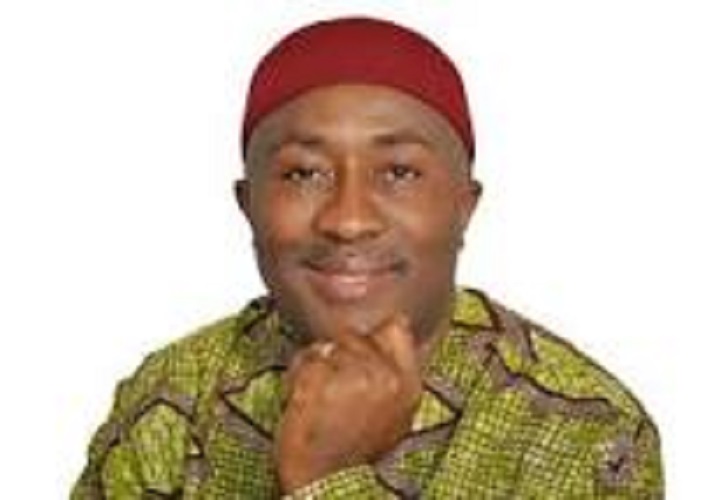 Hon. Uche Onyeagocha, is a journalist’s delight any time, any day. The former House of Representatives member also vied for the Owerri Senatorial position in 2015. He was engaged by some journalists in Aba during the Nigeria 57th Town Hall Meeting organized by the Igbo Presidency Organization of Nigeria (IPON).

HOW DO YOU REACT TO THE ISSUE OF MARGINALIZATION OF NDI IGBO?

I completely agree with that. We have not gotten what our due should be. We have made more contributions to hold Nigeria as a country more than any other ethnic group and I think for that, we deserve more than what we’ve gotten.

HOW DO WE GO ABOUT IT?

There are so many ways to go about it and I think that every other way we’ve gone about it is good. It’s just left for Nigeria to to understand us properly and appreciate us for whom we are. There is every need for us as a country to sit down and discuss a way forward and that is not been done. We’ve been shortchanged during the military, we are been shortchanged severally under this civilian government. So, its high time we discussed this by putting all things in all perspectives.

IPOB HAS BEEN PROSCRIBED, FG IS NOT RESPONDING TO RESTRUCTURING AND DEVOLUTION OF POWER, SO WHICH WAY FORWARD?

I personally have nothing against the agitation of IPOB. That agitation is within the laws of the federation. It is actually provided for, under the African Charter of peoples and human rights that every group has right for self determination where they are not satisfied. I think the agitation by IPOB, MASSOB or any other group other wiser regarded by other persons as secession, is within the parameters of the law of this country as long as they do not introduce violence. That’s why I say that the governors of South East States, do not have powers to proscribe IPOB as they have said. What they’ve done is illegal, it was reckless and it’s unacceptable. They have no business saying what they’ve said because, they have no legislative powers. That’s why I’m also saying that the Attorney General of the Federation failed in his so called application to court and the order which he got to proscribe IPOB. He can’t do that, it’s wrong and illegal. What the governors of South East states should do, even if Nnamdi KANU refused to go to them, they have the obligation to go him. When you’re elected, you’re a servant. If the person invited refused to come, what stops us from going to meet him and discuss with him. They should have been able to drive down from Enugu to Umuahia and Aba to meet  with the soldiers leading the Operation Python Dance or whatever you may call it. From Enugu to Umuahia was less than two hours. If  they go down there, they should have discussed with the people rather than stay in the Independence Layout and issuing very stupid statements in my own opinion which is calling for IPOB proscription. I also believe that anybody who is agitating for something, must be listened to. Whether you like it or not, as long as you’re elected as a leader you must humble yourself and call them to roundtable for discussion. President Mohammadu Buhari, must or should call them to discussion table. And I must use this opportunity to say that unbehalf of the silent members of APC from Igboland, that President Buhari should appoint an Igbo man as the SFG reason being that Igbo’s are seriously marginalized by the APC government at the centre. I do appreciate that president Buhari is not happy about the poor votes he got from South East, but you’re not going to punish your supporters, your members, the few who have voted for you by refusing them their rights. I’m an APC member and I am not happy by the lopsided appointments of president Buhari. As an APC member and leader, I’m calling on that must of us including myself campaigned for him, may be he didn’t get much vote here. Now that the position of the SFG is vacant, I’m insisting and demanding that as part of the discussion for peace, that an Igbo man should be appointed as SFG and that we should also be appointed as part of the Security chiefs of the federation. That’s how people feel among. And I believe that president Buhari should realise that in his first time as head of state, there was no Igbo man in the Supreme Military Council. So, this is no longer an error on his part. He must find a way to correct it. Our people are not happy with him. And as a leader and as a President, he must find a way to accommodate us.

THE AGITATION OF OWERRI ZONE TO PRODUCE THE GOVERNOR OF IMO STATE IN 2019?

We are working hard and we are discussing with Governor Okorocha who is trying to smuggle in his son in-law as next governor. It is unacceptable. I think every body must understand that it’s about equity, ofor na Ogwu, justice and fairness. And I’m certain that come 2019 an Owerri man will emerge as governor of Imo State for the interest of equity.

Let us correct something, we are not talking about Igbo President, but Nigeria president of Igbo extraction. I believe it’s our turn to provide president, but it’s something we all have to sit down and carry other people along. That’s other ethnic groups, other states and other regions. We must carry them along. If we do our home work very well, I’m sure that that will be guaranteed.