“Some Arab states, in particular the countries sanctioning Qatar, are attempting to accuse Qatar of supporting terrorist and extremist groups,” said the former secretary general of the United Nations in a speech on the Qatari crisis.

The truth is Qatar supports peaceful Islamic movements, he added in an interview with Austrian daily newspaper Die Presse. 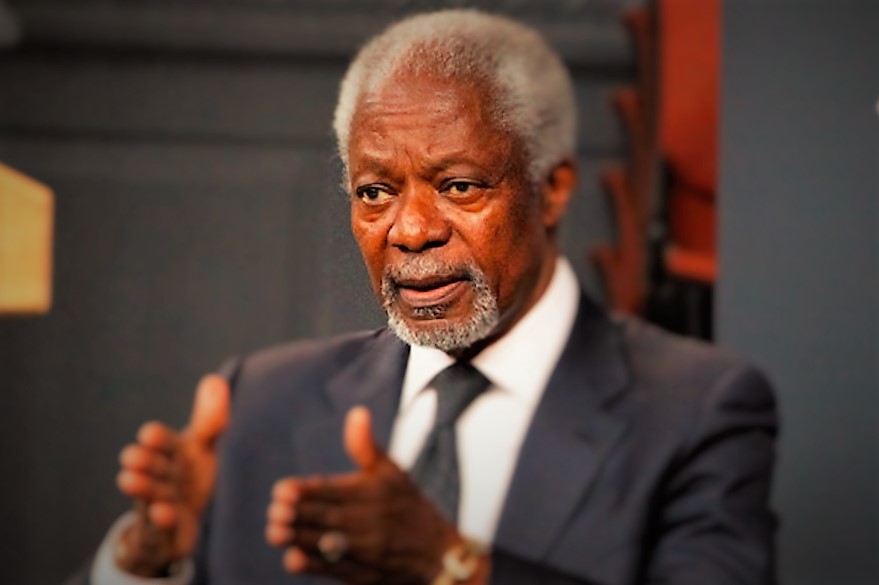 Annan stressed that “the Muslim Brotherhood leaders have popular and political sanctuaries in different parts of the world. They live peacefully in some Western countries and enjoy full freedom of opinion and action. And these countries respect their rights.”

Annan asked how can the Muslim Brotherhood be called a terrorist organization, while the United Kingdom openly accepts its members and leaders? “The UK is considered the most important political shelter to the organization in the West. It has explicitly acknowledged its peacefulness. It also denies the organization’s affiliation to terrorism and fanaticism. The organization has several offices in London and holds press conferences at universities in the UK.”

Annan added that the major difference between Qatar and some Arab states, especially the UAE, originates from Qatar’s strong ties with the United States and the Pentagon. Qatar’s gas wealth and holding the world’s third largest natural gas reserves have supported the country from any economic collapse and prepared it for future challenges.