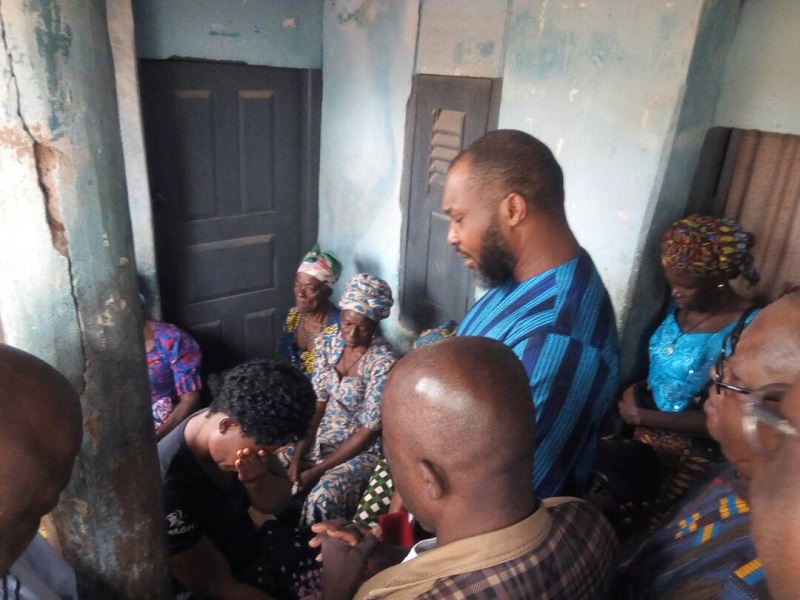 Governorship candidate of the United Progressive Party (UPP) in the coming Anambra governorship election, Chief Osita Chidoka has vowed to get to the root of the issues that led to the stampede and unfortunate death of a party official at the accreditation venue of the UPP governorship primary congress in Awka, on Saturday.

A mournful Chidoka described the death of Mr. Maduabuchi Uwakwe who was chairman of UPP Owerre Ezukala ward 1 as “very painful and completely unacceptable”, insisting that it must not be “waved off by anybody under any guise whatsoever”.

Chidoka who spoke on Sunday when he visited late Uwakwe’s family in the company of top party functionaries, described the deceased as a peaceful, dedicated and hardworking young man, who dutifully propagated the ideology of the UPP, adding that those who instigated the stampede that led to his death have a lot of questions to answer.

“Our event was going on peacefully and smoothly; we were therefore shocked to hear that the venue of the accreditation has been invaded by thugs; that the police was trying to contain the situation and that one of our members had collapsed in the resulting stampede. 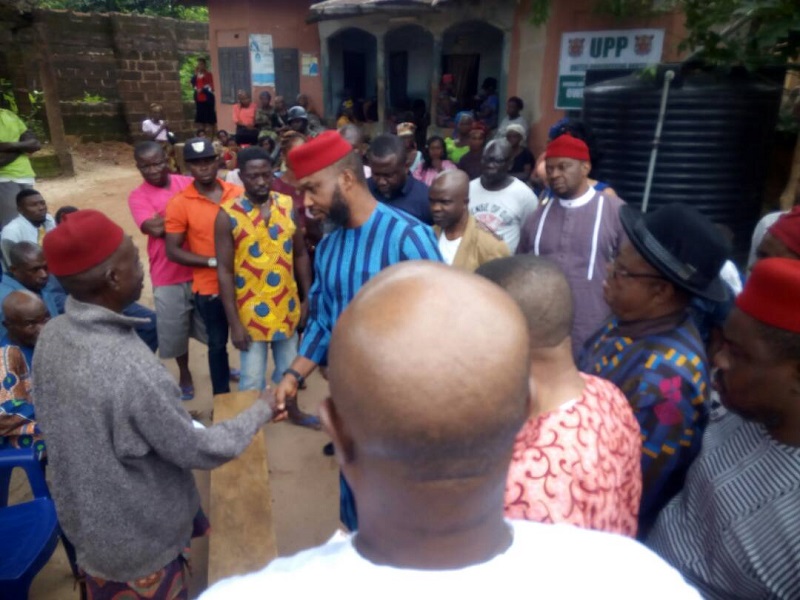 “We immediately ordered that the member be rushed to the hospital while we rushed to the accreditation venue. It was later that we received the painful news that our brother had died. Since then our party has been thrown into deep mourning.

“Our brother was a very dutiful, peaceful and hard working young man, a very loyal party man who believed in and vigorously propagated the ideology of our great party. His death is very painful and completely unacceptable to me as an individual and to us as a party”, he said.

Chidoka who commiserated with the late Uwakwe’s family, stressed that his death would never be in vain. He thereafter led members of his entourage in praying to God to grant the family and the party the grace to bear the loss.

Speaking, the head of the family, Ichie Maurice Okpara thanked Chief Chidoka for his concern and solidarity with the family, adding that the family has committed those who brought in the thugs that led to Uwakwe’s death to God’s hands.

Okpara described late Uwakwe as an industrious person, who had been playing leading roles in projecting the UPP in the area and prayed that his death will not be in vain, but a catalyst for the actualization of the mission for which he joined the party.

He therefore charged Chidoka and all members of the UPP not to despair but continue in the same spirit with which late Uwakwe dedicated himself to the cause of the party.