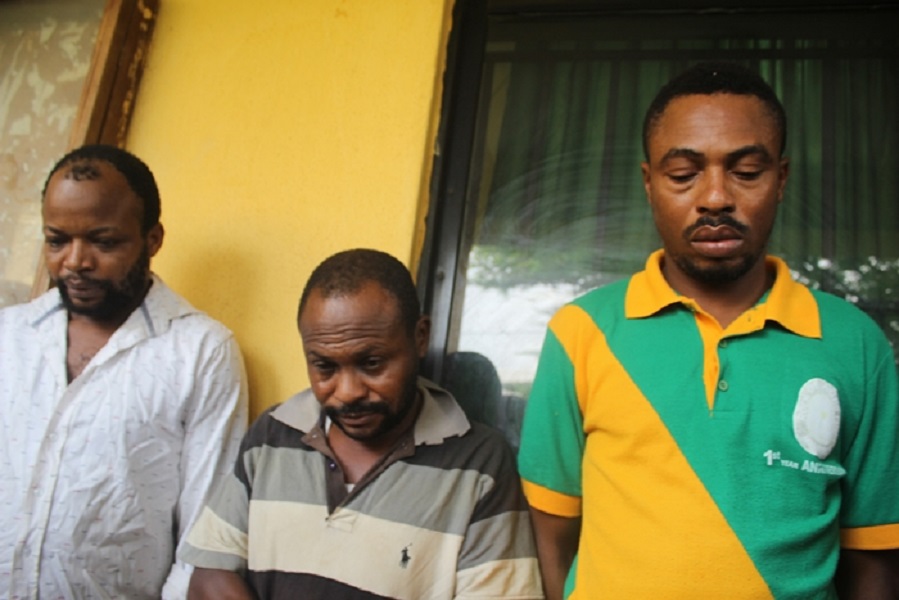 The Delta State Commissioner of Police, Mr Zanna Ibrahim has revealed that the Command has dismissed three police officers who were allegedly specialized in the robbery of petroleum tankers and diverting same to filling stations for sale.

Parading the ex-police officers Thursday before newsmen at the Command’s headquarters in Asaba, along with 26 other suspected criminals who allegedly were involved in various crimes in the state, the police boss disclosed that two civilians were also involved in the petroleum tanker robbery.

He explained that the five suspects allegedly robbed the 33 liters load of petroleum tanker in Agbor, Ika North local government area of the state, arrested and handcuffed the driver, his assistant and threw them into the bush and consequently diverted the product to a filling station where it was sold in their usual manner.

He further explained that the three police officers had under gone what he called, ‘department disciplinary measures’, and that the department proceeding was completed before they were dismissed from service”.

According to him, “what is left now is for us to charge them (five suspects) to court; and that we are going to do that onMonday 14th August 2017, the three ex-policemen and the two civilians who are already at Ogwashi-Uku Prison would be arraigned in court for prosecution.

One of the dismissed officers, Nwakem Ebonzim, told journalists in an interview that he had involved in the petroleum tanker robbery twice and got N500, 000 as his proceeds in the operations.

While expressing regret over the act, the father of three who has served the force for 16 years said, “I am ashamed of myself now. I never knew what pushed me into it”, advising serving officers to stay away from bad friends.

The late Ashiedu was shot dead recently by gun men at Globe Supper market Okpanam while arguing with the criminals over his car.

According to the Commissioner of Police, the slaughters of the late lawyer were arrested few days after they committed the crime, unearthing that one of the suspects, Obed Ikenna Oluchi of No 36 Chinudu Eze Street, off Agric road Asaba has confessed that the late lawyer was massacred by his group and not by assassins as earlier reported in the media.

Oluchi, however told journalists that the lawyer was slain by one of the gang members because the lawyer was reluctant to let go his car key when they demanded for it.

He said it was after the lawyer was killed that they had access to the car which they used to escape from the scene as police were chasing after them.

Other hoodlums showcased by the Commissioner include cultists, kidnappers among other criminal offences.

Items recovered from them include cut to size locally made gun, cash and other dangerous weapons, the Commissioner added.