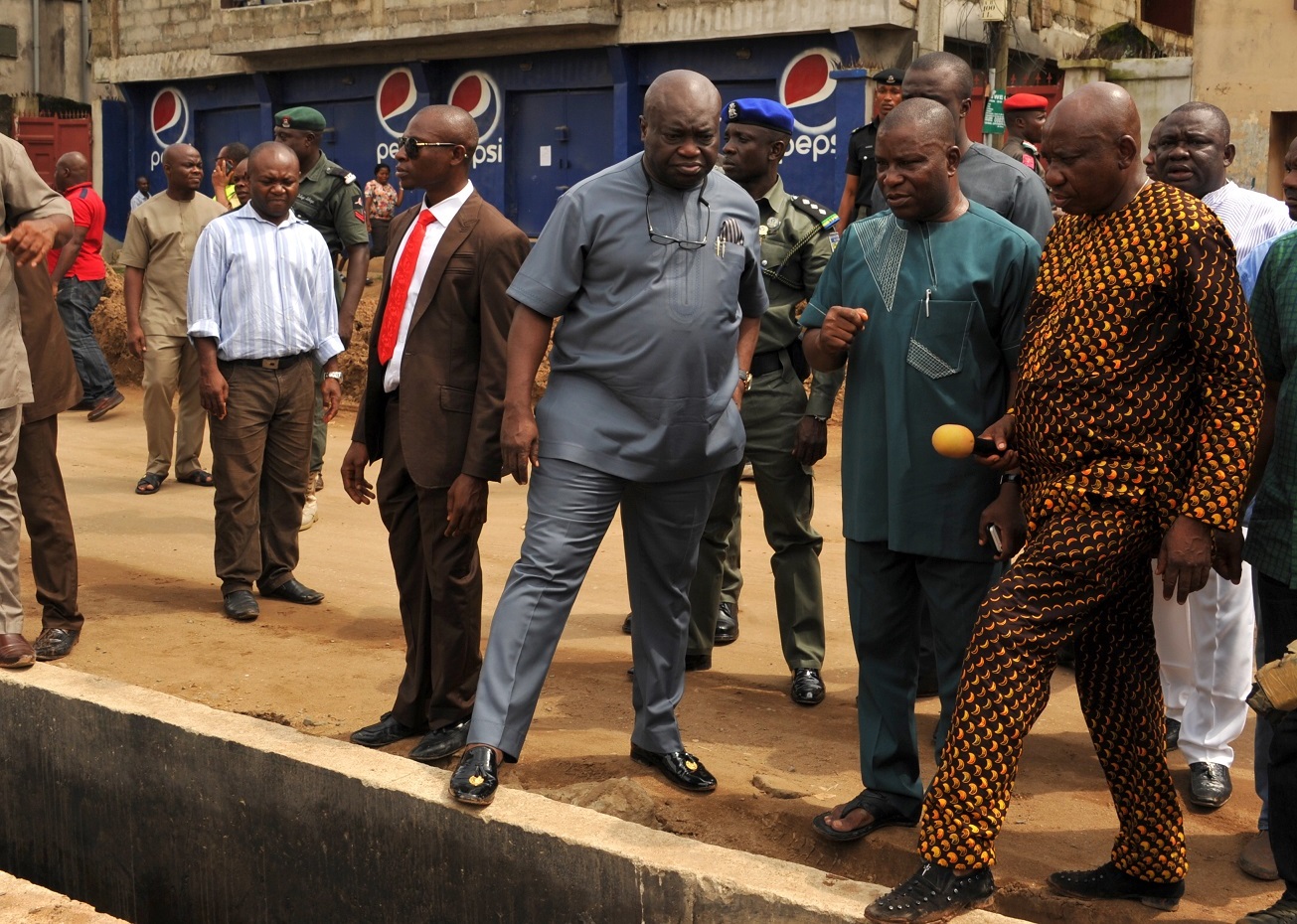 No wonder Abians received with great excitement the recent pronouncement that the World Bank, through the Rural Access and Mobility Project for Nigeria (RAMP) has earmarked  $60 million (N21 billion) to build 500 rural roads in Abia State.The project , which is aimed at boosting the government‘s paradigm shift in agriculture, would also enable farmers to evacuate their agricultural produce to the urban centres.The construction of rural roads will increase farmers access to both the inputs and markets, thereby reducing post- harvest losses
In his explanation, the National Coordinator of the Rural Access and Mobility Project for Nigeria, , Engr Ularamu Ubandoma, during  a stakeholders’ workshop, organised by Abia Rural Access and Mobility Project, and which involved traditional rulers and leaders of thought from rural communities, whose roads were selected for the programme, held in Umuahia recently, said that explained that some of the roads will have bridges to link them with other communities.Ularama also revealed that 500kms length of roads linking many rural communities would be constructed across the state out of the targetted 900kms roads.

The essence of the workshop titled  “The prioritisation of intervention areas and rural road links in Abia’’ is for the traditional rulers and leaders of thought to make input into the various roads selected in their area so as to be on the same page with the World Bank and Abia State Government.

The workshop was a harvest of cheering news for Abians as Governor Okezie Ikpeazu, who was represented by the Commissioner for Information, Mr. Obinna Oriaku announced that the state has also received $56m from the Nigeria Erosion and Watershed Management Project, and that some erosion sites had started receiving attention from the facility.

It will be recalled that in 2015 the National Coordinator of RAMP, Engr. Ularamu embarked on a preliminary visit to Abia State to ascertain the state’s  preparedness to key in to RAMP 3. The Governor, while  expressing appreciation over the National Coordinator of RAMP visit to the state, stated that his visit has fostered their partnership, and that the 500km roads will bring smiles on the faces of the people of Abia and will surely drive their economy high.The Governor also promised to do all things possible to support the project in order to stand the test of time and to serve the people of Abia rural communities better. He also stated that, he will operate an open door policy and will provide all that is required to make live better.

Rural Access and Mobility Project (RAMP) is a World Bank assisted project in collaboration with the Federal Ministry of Agriculture and Rural Development and supported by the French Development Agency. The loan is such that participating state governments will pay 5 per cent counterpart funding while the federal government is to  make a 95 per cent refund.One of the objectives of RAMP was to improve road transportation in the rural areas through the rehabilitation and maintenance of rural roads.The project has undergone phases 1 and 2 and is in the third phase. In the first phase, more than 4,000 kilometres rural roads were constructed and Kaduna and Cross River State benefited from that phase. Osun, Adamawa, Enugu State, Imo and Niger benefited from the second phase.

The second Rural Access and Mobility Project for Nigeria was to improve transport conditions and bring sustained access to the rural population through rehabilitating and maintaining key rural transport infrastructure in a sustainable manner in selected Nigerian states. The project has three components: (1) Upgrading and Rehabilitation of Rural Transport Infrastructure component will finance the upgrading and/or rehabilitation of an estimated 1,450 km of rural roads in tier-one states. In addition, about 65 river-crossings will be financed under this component in order to ensure minimal access at locations selected for their importance for agricultural productivity or to give access to social services. (2) Community-based road maintenance and annual mechanized maintenance component will finance the maintenance of the roads rehabilitated under Component 1, as well as a few other pilot roads to build up the maintenance system while the roads are being rehabilitated. Pilot programs will be initiated in each one of the tier-one states for up to 50 km of rural roads rehabilitated through other means. (3) Project Management and Strengthening of State and Federal Road Sector Institutional, Policy and Regulatory Framework component will provide a comprehensive institutional development package at the state and federal levels to: (a) support an effective implementation of the project (including through technical audits, whenever needed); (b) design and implement sound rural transport policies; (c) improve the planning and execution of public expenditures in rural transport; and (d) promote the dissemination of best practices, as well as to prepare a possible scaling up of the project in tier one and tier two states.

It is on this note that the admonition of the governor on the benefitting communities not to demand “marching ground” from the contractors should be religiously upheld. We have noticed in the past where youths of communities demand money which is derogaratively termed as “marching ground”before allowing project development in their area.