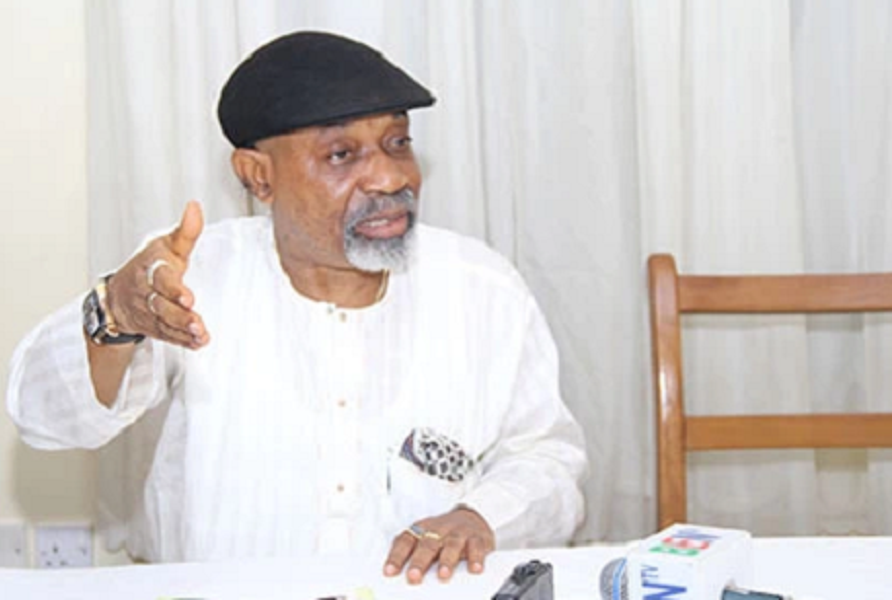 Information reaching 247ureports.com indicates that the national ruling party, All Progressive Congress [APC] in Anambra State finds itself stuck between a rock and a hard place. This is as the gubernatorial primary for the party is scheduled to be held in the coming days. The aspirants have come in arms against each other to the extent that they have begun pointing accusatory fingers to the supposed leader of the party in Anambra State.

According to available information, some of the foundation members of the party allege that the Federal Minister for Labor and Productivity, Dr. Chris Ngige have engaged in backhanded dealings with the gubernatorial aspirants of the APC. One of the more aggrieved members of the aspirants spoke with 247ureports.com. He alleged that Ngige had met with each of the aspirants privately and reached ‘understanding’ with them. “He promised each one of us his support and the guber ticket” say the aggrieved gubernatorial aspirant who added that monies exchanged hands between guber aspirants and the Minister – “Only for him to come with another candidate in the last minute”.

247ureports.com learnt that Ngige has opt to throw his weight behind a candidate from Anambra North senatorial district. In this effort, Ngige is said to tap on Paul Chukwuma who hails from Otuocha as his choice for the APC gubernatorial ticket. According to a source close to Ngige, the once was logical and not any backhanded deals. The source states from Ngige’s standpoint, the majority of the gubernatorial aspirants are strangers to the APC family. He pointed to Senator Andy Uba and Tony Nwoye as foreigners to the original APC family. He explains that among the original members of the APC, only Paul Chukwuma hails from the north senatorial district – which the elders’ council claims the gubernatorial seat has been zoned.

But the aggrieved members of the party discard the explanation offered by the Ngige source. They claim that Ngige “does not care if APC wins or loses the election”. They claim that “Ngige is only in it to make as much money as he can make for himself and nobody else. He is doing business with APC”. One of the aspirant narrated how the Minister of Labor used his gubernatorial candidacy in 2013 to raise money but withheld the money. “He used the 2013 gubernatorial election to enrich himself”.

The aspirant charged that Ngige failed to use his Ministerial position to assist Anambra State or the people of Anambra State. “He is a very selfish man. He sold all the slots allotted to Anambra State. He did not give anyone any jobs or appointments”.

The aspirant wept bitterly. He charged that Ngige is determined to ensure that APC fails in Anambra so as to retain the position of party leader in the State. “He is afraid to have APC produce a gubernatorial candidate that stands a chance at victory”. He was unapologetic to state that they feel marginalized in the party under Ngige.

Meanwhile, cursory investigation reveals that the APC in Anambra may choose to follow the more peaceful route. This is as Tony Nwoye has threatened to work against the party if the ticket is given to Senator Andy Uba – and Senator Uba has made the same threat that if the ticket is giving to Tony Nwoye, he will work against the party. In light of these threats, the party leaders in tandem with the gubernatorial aspirants have been in closed door meetings. The meetings, as 247ureports.com gathered is to harmonize issues and adopt one aspirant as the agreed candidate to fly the party banner. So far, the aspirants have not been able to pick one aspirant.